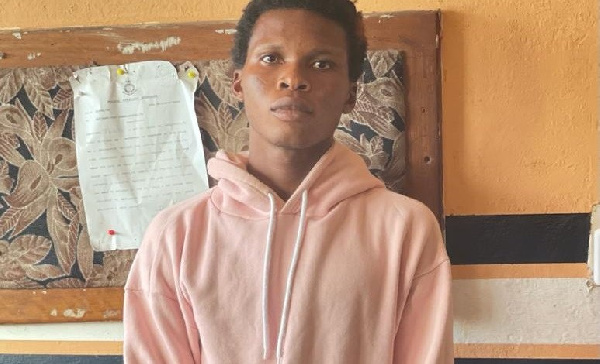 • He was arrested at Adenta Zongo junction

• The prime suspect is expected to appear before court today

The prime suspect in the police recruitment scam in the Volta region has been arrested by the police.

21-year-old Fenuku Frank Jnr was grabbed by the police at Adenta Zongo junction in Accra on Wednesday, September 29, 2021.

This follows an earlier arrest of three suspects by the Command weeks ago.

The suspect, together with his three accomplices created a Facebook page in the name of the Volta region police chief, DCOP Edward Oduro Kwateng, to dupe people who want to be recruited in the police service.

Also Check:   I made the right choice in joining Trabzonspor on loan – Caleb Ekuban

The prime suspect is to be arraigned before court Thursday, September 30, 2021.

The Spokesperson for the Volta regional police, DSP Effia Tenge has urged the public to be vigilant to prevent them from falling prey to scammers.

She noted that the Volta regional police command is not responsible for the recruitment of persons into the police service.

DSP Effia Tenge further called on persons who have fallen victims of such crime to report to the police.

Meanwhile, “the police have arrested a total of five suspects in the past weeks.”

Everything is impossible until you take the steps to make it possible, be positive in every step you make. Nature will definitely give you the smoothest part of life. Email us on [email protected] Whatsapp: +233540577992
@HiplifeHiphop
Previous Robbers attack pharmacy, mobile money agent and ECG prepaid vendor
Next Teacher admitted sodomising school boys in Salaga – Police