3Music Awards 2020: Fameye Does Not Get Nominated In Viral Song Of The Year Category; Fans React Angrily – See Their Comments 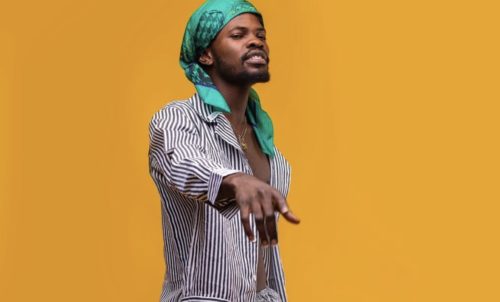 3Media Network, organizers of the annual 3Music Awards, announced the over thirty nominees for the 2020 edition of the awards yesterday, January 30.

However, the fans of musician Fameye are not very happy that his hit song ‘Nothing I Get’ failed to get a nomination in the ‘Viral song of the Year’ category even though he had about six nominations.

lovely_rita96 wrote: “If you come to sunyani every were you go nothing I get; Ghana music awards are jokes: Fameye deserves award ? for last year but The didn’t nominate him because they know he will win”

efyaghofficial also wrote: “This is total cheat!! I must see my lawyer??”

There are a few more comments under the post below. Check them out and see the diverse views of others too

@Rexkrampa
Previous No, Efia Odo Is Still Not My Friend – Sista Afia Reveals
Next Photos Of Seriously Injured Frank Naro In An Accident Surface Online; Fans Go In A Frenzy – See The Photos