5 Types of Orgasms and How to Get One (or More)

What are the types of orgasms?

Here’s a list of the most common types of orgasms and what they typically feel like, although this varies from person to person:

Now, how do we make these orgasms happen?

Let’s talk about the clitoris

The clitoris is a small organ with a lot of nerve endings that peeks out from the tiptop of the vulva, is often covered by a hood, and extends down the inside of the labia. The best way to stimulate the clitoris is by gently rubbing with the fingers, palm, or tongue in a back and forth or circular motion.

Vaginal orgasm is often misconstrued as the “best” way for women to orgasm (read: the easiest for penises), but it’s often the most difficult for ladies. Instead of a penis, try fingers or a sex toy. Insert the fingers or toy into the vagina and make a “come hither” motion toward the belly button.

There’s a point of pleasure on this wall called the G-spot and when you hit it with regular, strong pressure, it can lead to orgasm. Stimulation of the G-spot is also the way to lead to female ejaculation, as it stimulates the Skene’s glands on either side of the urethra.

If you’re looking to return the favor with your male partner, stimulate the prostate by gently inserting a finger straight forward and massage the gland.

Going for the combo and erogenous zones

In order to achieve a combo orgasm, combine clitoral and vaginal stimulation at the same time, either in parallel or opposite rhythms — whatever feels best for you or your partner. This is also the most common way to achieve female ejaculation because the clitoris is stimulated and the G-spot or Skene’s glands are engaged.

Finally, erogenous zone orgasms are achieved exclusively through a lot of experimentation. You may be able to orgasm from kisses on your neck, teeth on your nipples, or fingers on the inside of your elbows. The best way to find your erogenous zones is to use a feather or another light external object and take note where you feel the most pleasure.

In any kind of sexual play, communication is key. Not only is consent literally required by law, but telling your partner what you want, how, and where is the best way to ensure maximum pleasure. It’s ideal to have these conversations before engaging in sexual play, but it’s equally effective to guide your partner during sex. This means asking for what you want either with words or with your body language. Remember, partners aren’t mind readers, even though we want them to be.

This also means being open to experimentation. If your regular sex routine isn’t getting you off, then experimenting with touching new areas at different times with different body parts (genitals, fingers, mouths) is the next best step to solving your orgasm mystery.

It’s also important to note that experimenting and achieving orgasm doesn’t require a partner. Pleasure is not dependent and neither are you — the better you know your rhythm with fingers and toys, the faster you can teach your partner how you tango.

What actually happens during an orgasm?

What physically happens in a woman’s body during actual orgasm is this: the vagina, uterus, and anus (and sometimes other body parts like hands, feet, and abdomen) contract rapidly 3-15 timesTrusted Source, squeezing for 0.8 seconds at a time. Women may also ejaculate, releasing a liquid out of the urethra that contains a mix of whitish fluid from the Skene’s peri-urethral glands and urine. Don’t worry — urine is very sterile and the liquid usually comes out clear.

But not everybody experiences sex and orgasm the same way. The above explanations are great starting points, but sex doesn’t have a manual. That’s why exploring in the moment and finding what your body loves is absolutely key.

Understanding the stages that lead to an orgasm may help you

While this is mostly accurate, it’s too general — especially when these stages cross over and there’s no explosive resolution. It’s also inaccurate to suggest that sex ends in orgasm, because this denies many women of their orgasms by pushing the idea that sex is finished when their male partners finish. Plus, not all sex requires an orgasm and orgasms don’t mean the sex is great.

Orgasms can be small. They can happen many times in a row or just once, and they don’t always happen. Don’t define your orgasms by someone else’s description… that’s ultimately shorting yourself on pleasure. Your calm clitoral orgasm can still be mind-blowing, just as your combo orgasm can be fun, and your partner’s ejaculation can be exciting.

Bodies are different. Orgasms are different. But the path it takes to get there is all about experimenting, communicating, and trying again. Allow yourself to soak in the sensations of the pleasure process just as much, or even more than, the finale.

Repeat after us: Orgasms aren’t the end goal of sex.

Previous Five Sex Questions You Were Afraid to Ask, Answered
Next President Akufo-Addo is in big trouble 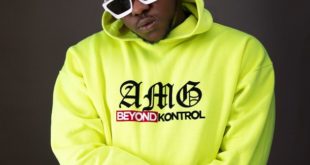 Female orgasms: How they work and how to get them