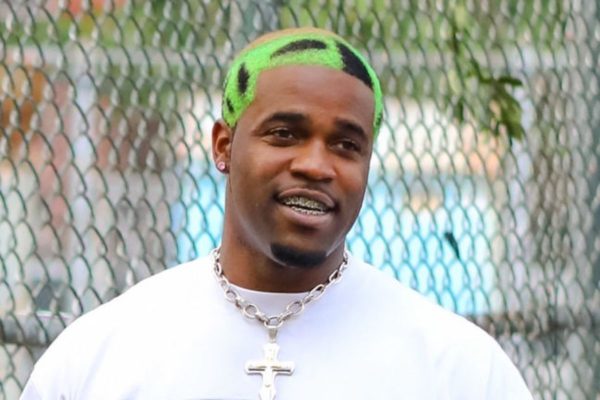 A$AP Ferg has officially signed a management deal with Roc Nation, announcing a new single produced by The Neptunes, which will be arriving next week.

“It has always been a dream to work with Jay-Z,” said Ferg about the new deal, via Variety. “For decades I have looked up to the moves he’s made with his diverse range of business ventures but especially with companies like Roc-A-Fella and Roc Nation. His ability to build brands and create teams alongside leaders like Jay Brown is unmatched, and it feels good to be officially a part of the family.”

Ferg remains signed to A$AP Worldwide, Polo Grounds Music, and RCA Records, and he will be using the name “Ferg” for his non-A$AP releases.

“Ferg is very much still part of the Mob, and is A$AP Ferg within A$AP Mob… Ferg as an individual artist and with his solo career is Ferg,” clarified Roc Nation in a statement.

Last year, there was some drama within the A$AP Mob, with a few members trying to kick Ferg out of the group. He responded by saying that since he helped start the Mob, he can never be kicked out. His decision to sign a new management deal with Roc Nation and go by Ferg could have been influenced by last year’s messiness.

Congrats to Ferg on the new deal. Stay tuned for his Neptunes-produced single next week.

Everything is impossible until you take the steps to make it possible, be positive in every step you make. Nature will definitely give you the smoothest part of life. Email us on [email protected] Whatsapp: +233540577992
@HiplifeHiphop
Previous Lil Nas X Receives His Own Day In Atlanta: “This Is Incredible”
Next Coi Leray Hits Studio With Justin Bieber, Makes Him Do Her TikTok Dance