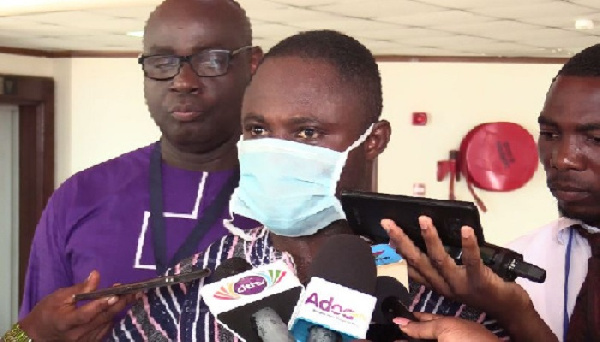 Juaboso lawmaker, Kwabena Mintah Akandoh has described the Akufo-Addo administration as a government full of old people who have no respect for the people of this country.

According to him, if the government respects Ghanaians they would have completed the health projects started by the Mahama administration in order to serve the needs of the governed.

He said this when he led a group of journalists as part of the minority’s nationwide inspection of the abandoned hospitals to inspect the Sekyere Afram Plains district hospital in Kumawu.

The Kumawu and Fomena hospitals are part of seven facilities financed by United Kingdom Export Financing and work was to be completed in 2019 at the cost of 173 million euros.

The government says a total of $38.3 million out of contract sum $175 million was found in the coffers to complete the projects.

“If for nothing at all, we were here more than two years ago, if the president respects the parliament of this country, at least they would have responded positively.

“We are paying interest on the loan contracted for this purpose meanwhile the people in this country have not benefited from this project.

“This project was awarded somewhere in 2015 which should have been completed by 2017 and we are in 2021 and we are in the weeds. When you talk they will sit in Accra and try to defend.”

The Paramount Chief of the Kumawu Traditional Area, Barima Safo Tweneboah Kodua, lamented the delay in the completion of the Sekyere Afram Plains district hospital.

He said the failure to complete the facility is denying his subjects quality health care.

Barima Safo Tweneboah Kodua said despite a return to the site by a contractor, government has not released funds for the 120-bed project to continue.

Everything is impossible until you take the steps to make it possible, be positive in every step you make. Nature will definitely give you the smoothest part of life. Email us on [email protected] Whatsapp: +233540577992
@HiplifeHiphop
Previous Withdraw MMDCE nominees who do not get two-thirds of majority votes – CLGA to president
Next Illegal mining: GAF clears 230 platforms, 365 Changfans near Pra, Offin rivers