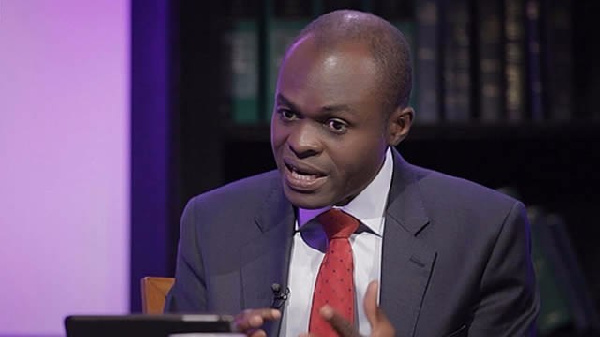 • During his presidency, Akufo-Addo has routinely reiterated his promise to protect the public purse

Private legal practitioner, Martin Kpebu, has revealed his disappointment in the governance of President Nana Addo Dankwa Akufo-Addo who has routinely spoken about his resolve to protect the public purse.

Mr. Kpebu added that the president promised to safeguard the public purse on several occasions before his election into office, but the situation of the economy does not reflect this.

He disclosed that a placard from the #FixTheCountry demonstrators brought his mind back to Akufo-Addo’s statements to that effect.

“A man had brought a placard, saying that they are trying to buy ‘waakye’ and people in government are buying ‘V8s’. Then it reminded me of one of the President’s first promises when he took office, that there is a moratorium on the purchase of ‘V8s’. Today, I’m sure the jury is out as to whether we are still observing that,” Martin Kpebu told Samson Lardy Anyenini on JoyNews’ News File which aired on Saturday, August 7, 2021.

Also Check:   Only a foolish man doesn’t support women – A Plus defends Akufo-Addo

He added, “I cannot believe that this is the same President who promised that ‘I will protect the public purse.”

According to the Lawyer, the youth of this country feel betrayed seeing how luxurious vehicles are flashed in their faces bya appointees of the president.

Mr Kpebu observed that Accra is awash with V8s, the very cars the President vowed not to procure and rather keep a pool so that deputy ministers can rent when they need to go for long-distance assignments.

“Initially, they said they will keep some in the pool so that if the person is doing cross country, that is the Minister or Deputy, he goes to the pool. But that is not being observed. Go to town, the whole of Accra is awash with ‘V8’. Such an abuse. It is so indecent,” Mr. Kpebu said.

Adding, “Why is it that suddenly tomorrow when you are appointed as a Minister, you think that government should take care of everything for you?”

Everything is impossible until you take the steps to make it possible, be positive in every step you make. Nature will definitely give you the smoothest part of life. Email us on [email protected] Whatsapp: +233540577992
@HiplifeHiphop
Previous My father said he made a mistake naming me ‘Denis,’ I don’t like the name – KiDi
Next Martha Bissah’s ban affecting Ghana’s chances of winning an Olympic medal – Former Sprinter