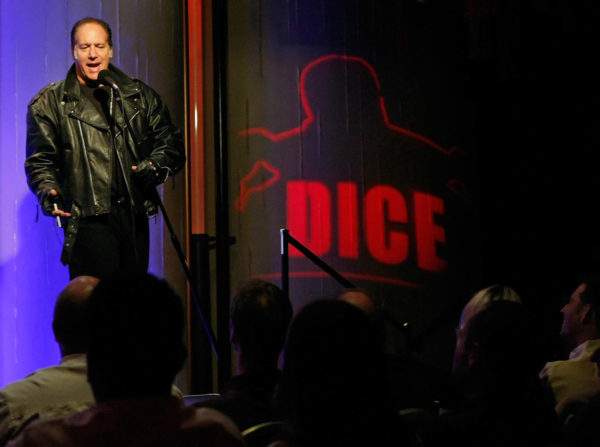 The Diceman won’t let his recent health issues stop him from performing.

Andrew Dice Clay knows how to make the most out of a bad situation. The famed comedian was recently diagnosed with Bell’s Palsy, though he’s found a way to incorporate his condition into his stand-up act. During a recent comedy routine, The Diceman made light of his diagnosis to the amusement of his audience.

Per TMZ, a rep for Andrew Dice Clay detailed how the entertainer first came to terms with his ailment. It began a few weeks ago when the A Star Is Born actor felt his face drooping. The absence of other symptoms led Clay to believe that he wasn’t suffering a stroke. Nonetheless, he went to go see a doctor who diagnosed him with Bell’s Palsy — a temporary condition causing facial muscle weakness or paralysis, typically on one side of the head or face.

Andrew Dice Clay used his temporary ailment as material for his next few shows. According to attendees of his recent show in New Jersey, the audience was stunned when Clay began his routine.  His face was puffed and droopy while his speech was slurred, leaving the crowd in a state of confusion. His audience were under the impression that it was merely part of his act until ADC revealed his diagnosis.

Other stops on ADC’s tour include New York and Texas. His rep told TMZ that he does not plan on cancelling any shows right now.

Everything is impossible until you take the steps to make it possible, be positive in every step you make. Nature will definitely give you the smoothest part of life. Email us on [email protected] Whatsapp: +233540577992
@HiplifeHiphop
Previous Hugh Jackman Hints At MCU Wolverine Role Reprisal
Next Youth Activists pledge to name and shame deviant characters