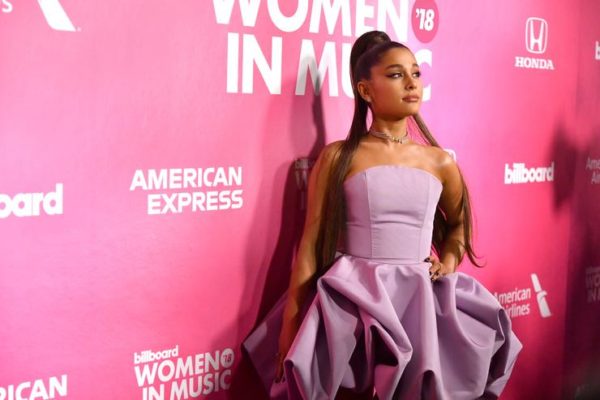 Ariana Grande has kicked off her Sweetner world tour in New York with a hit-packed, 31-song setlist.

Performing on an innovative stage built around two spherical video screens, the star focused on tracks from her recent albums Sweetener and thank u, next.

But she excluded two songs, Ghostin’ and Imagine, that discuss her relationship with Mac Miller, who died of an accidental overdose last year.

Speaking at the soundcheck, Grande said Imagine was “too heavy” to play live.

However, she honoured her ex-boyfriend by playing his music as fans filtered into the Times Union Center in Albany, New York.

Grande’s tour comes after a year when her phenomenal creative success was refracted through personal emotional turmoil.

She recorded Sweetener while still suffering panic attacks and depression triggered by a suicide bombing outside her concert in Manchester in 2017, which claimed 22 lives.

The star found some solace in her relationship with Saturday Night Live comedian Pete Davidson, but their engagement ended soon after Miller’s unexpected death in September.

Putting tour plans on hold, Grande returned to the studio and recorded thank u, next in just two weeks – pouring her heart into revealing songs like Fake Smile, Imagine and the title track.

The New York Times called the album “artistically redefining”; and Grande became the first artist since The Beatles to hold the top three slots on Billboard’s Hot 100 singles chart.

Little of that drama was reflected on stage as the tour opened; with the show acting more as a celebration of the music than a reconstruction of Grande’s private grief.

Previous Climate change: Water shortages in England ‘within 25 years’
Next Davido’s “Fall” Falls Into Billboard’s Top 20 Most Played Songs In The US