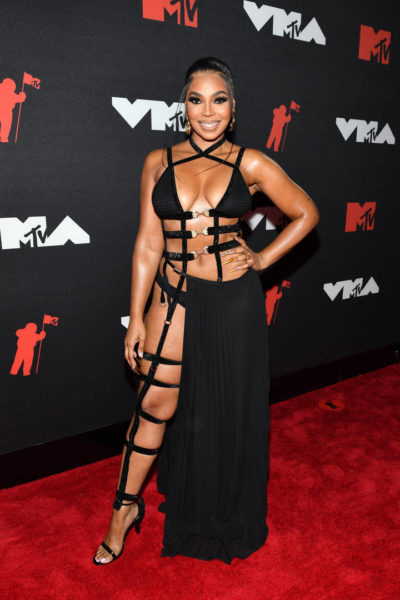 The singer spoke about her good news and recalled what it was like before the fame, living in her basement while writing songs.

Not only will Ashanti be starring in and producing her own romantic comedy film, but the award-winning singer is also revisiting her debut album. Ashanti is hailed as an R&B legend and her Verzuz appearances and recent “Wockesha” feature on the remix to Moneybagg Yo’s hit prove that her reach spans generations.

While visiting the Tamron Hall show, Ashanti revealed that she now has control of her masters and will be re-recording her self-titled debut—a 2002 classic that boasts a 3x Platinum certification from the RIAA.

“It’s so surreal,” the singer said. “I have an amazing legal team… The fact that I’ll be able to rerecord my first album and put everything together and…” Then, Hall jumped in. “Wait, that’s the big announcement! I was going to build up to that!… She’s recording the album now as an independent artist!”

Ashanti spoke about those early days before her career as a New York City youth with big dreams. “I used to live in the basement of my house — I wanted to feel like I had my own apartment,” she said. “So I used to be downstairs in my own section, and I would put on the Cartoon Network on mute and I would just write. And it sounds so crazy, but I would be…having cartoons on, playing the beat, and then just writing. It made me feel comfortable. It allowed me to kind of get into my zone.”

While at the Murder, Inc studio, Ashanti remembers, “I would be the only female and there would be guys in there rolling dice and doing things that guys do and throwing money on the table and there was a lot of stuff in the air,” she recalled. “And I would be in the corner … just writing in my pad.”

Watch her appearance on Tamron Hall below.

Everything is impossible until you take the steps to make it possible, be positive in every step you make. Nature will definitely give you the smoothest part of life. Email us on [email protected] Whatsapp: +233540577992
@HiplifeHiphop
Previous 21 Savage Clarifies Comments About Drake & Future’s Popularity In Atlanta
Next Kodak Black Fails Drug Test & Violates Release Terms: Report