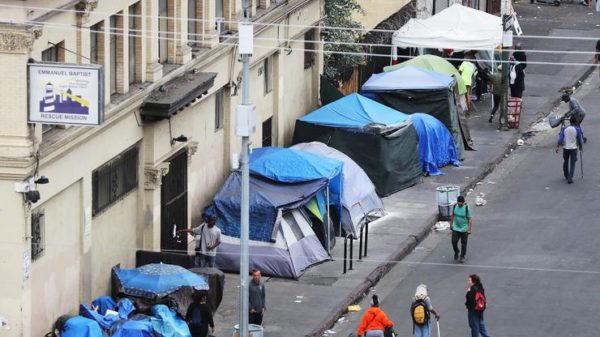 The city of Atlanta is taking control of their homeless.

If you didn’t know, homelessness is a serious issue in Atlanta. The number of homeless people citywide is going up & up after dropping for several years, but thankfully that’s about to change soon. According to reports, the city has raised $50 million dollars to get homeless people off the streets for good.

Right now there are more than 3,000 people living on the streets of Atlanta. Rancifer says that number does not include children and the people living in treatment centers, “The fact the homeless population is a lot larger than the city is admitting, $50 million is a drop in the bucket.”

Atlanta partnered with the United Way of Greater Atlanta to raise the funds. About half of the money came from donations from private organizations, which includes Ameris Bank, who donated the last $114,000 that allowed the city to reach its goal. The other half is from the Homeless Opportunity Bond sale that began under former Mayor Kasim Reed.

HomeFirst will create 550 units of permanent supportive housing that will be part of larger developments that will contribute, and aggregate more than 2,500 units of affordable housing. A big win for the city of Atlanta.