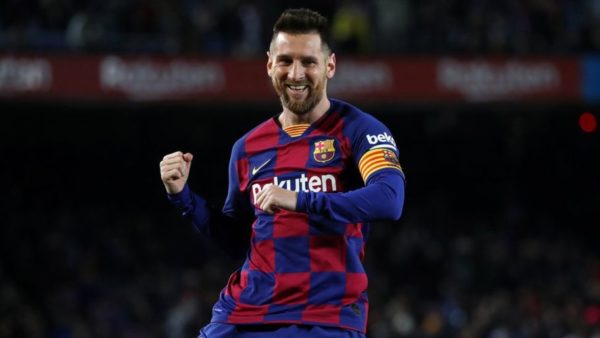 Barcelona superstar Lionel Messi has been named as the winner of the 2019 Ballon d’Or award beating greatest rival Cristiano Ronaldo and Liverpool defender Virgil Van Dijk. Before Lionel Messi was even named as the winner on Monday night, December 2, in Paris, many football fans and pundits have tipped the Argentine footballer to win the award. Lionel Messi has now won the Ballon d’Or award for the sixth time in his glorious football career playing for only Barcelona.

Cristiano Ronaldo also won the Italian Serie A title with Juventus in his first season, but failed to steer the Old Lady to the final of the Champions League.

Virgil Van Dijk on the other hand steered Liverpool to the final of the 2018/19 Champions League where they defeated Premier League rivals Tottenham.

This season also in the Premier League, Virgil Van Dijk has been impressive as his club Liverpool remain the only unbeaten club this term. Also, Megan Rapinoe won the women’s Ballon d’Or award. Meanwhile, Lionel Messi and his Barcelona teammates are still topping the Spanish La Liga standings with 31 points after 14 games played so far.

Earlier, Legit.ng had reported how Lionel Messi made a striking confession after revealing he does not want a life contract at Camp Nou despite his desire to remain at Barcelona.

The 32-year-old’s future at the club remains uncertain when club President Josep Bartomeu revealed that their captain has a clause in his contract which enables him to leave at the end of the season.

Everything is impossible until you take the steps to make it possible, be positive in every step you make. Nature will definitely give you the smoothest part of life. Email us on [email protected] Whatsapp: +233540577992
@HiplifeHiphop
Previous Rwanda bans skin bleaching creams from all shops across the country
Next ‘Afia Schwarzenegger Is Mentally Unstable’ – Maurice Ampaw