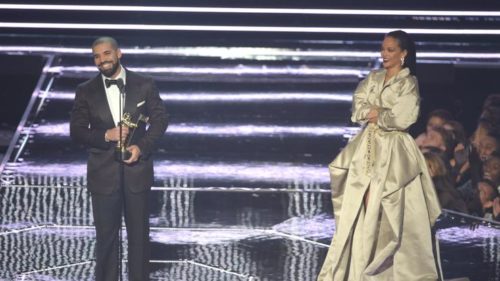 Expect their climb to continue.

It’s been a big year for lists. It’s tricky to pinpoint the source of this obsession with ranking artists and their work, but on a surface level, it’s all very entertaining. Something about lists entice you to click to see how your faves fared, and curse your screen when their standings don’t correspond to your faultless opinion.

For its 125th anniversary, Billboard decided to join in on the list craze because, after all, ranking things is a significant part of what they do. While most of the lists that have been circling the Internet recently have been based on people’s opinions – thereby giving rise to contentious debate – Billboard derived their list of the ‘125 Top Artists of All Time’ solely on stats. Artists were ranked according to their performances on Billboard’s Hot 100 songs and Billboard 200 albums charts.

125 years of Billboard ? Where did your favorite artists land on @billboardcharts' Greatest Artists of All Time list? Link in bio to find out ?

Considering this method, it shouldn’t be too surprising that The Beatles reign supreme, followed by The Rolling Stones. The Beatles hold the record for most No. 1 hits in the 61-year history of the Hot 100, with 20. The holder of the second-most hits, with 18, is Mariah Carey, who also happens to be the highest ranked female on Billboard’s list. When asked how it felt to hold this monumental title, Carey told Billboard, “Look, I’ve devoted my life to this career and writing songs. Obviously I have my own babies now. But these are my little song babies.”

Drake landed at #16 and Rihanna at #18. Since both of their careers are likely nowhere close to over, they will probably continue to churn out hits and climb up the chart of history’s most successful recording artists.