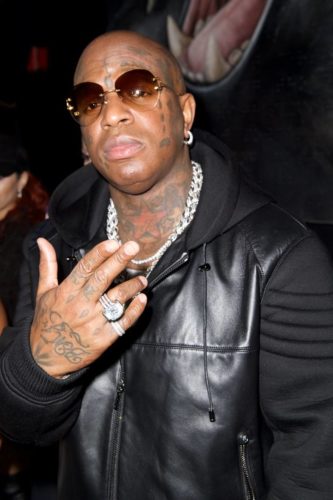 Birdman just can’t shake these million-dollar lawsuits. The rapper’s $12 million case with EMG Transfer Agent has come back to light since the company has attempted to dip into Birdman’s music money and according to The Blast, he isn’t for that. As the story goes, EMG Transfer Agent first sued Birdman in 2017 after he failed to pay back a $12 million loan and he put his mansion up for collateral.

At the time, a judge granted the real estate agency permission to take over the property and any assets worth a pretty penny. We previously posted how Birdman withheld some Gucci bikes that were worth a lot and now he’s trying to withhold his music cash. The “Money To Blow” rapper apparently rushed to the bank when he got word that his hard-earned Cash Money bags were at risk of being seized in the case that’s now worth $20 million.

As the publication states, EMG is demanding profits from Birdman’s studio located at his former Miami home but of course Birdman is fighting against it. “Plaintiff may argue that the property and recording studio are the same, but that would be simply wrong. The recording studio business is not the property and could move to another location while the “Property stays,” his teamed stated in court documents.

A judge has yet to decide.