Boosie Badazz comments on Brittany Renner breaking up with PJ Washington shortly after they had a baby together.

Many have said on social media that Instagram personality Brittany Renner essentially “trapped” NBA player PJ Washington by breaking up with him right after they had a baby together. However, in his latest interview with VladTV, Boosie Badazz says that Renner is only getting hated on because she’s “cocky,” agreeing with the interviewer that she didn’t really do anything wrong.

During the most recent upload from Boosie’s multi-part interview with the website, the rapper speaks about his crush on Rihanna, joking that he would “be a slave” to her but also saying that he thinks Rih and A$AP Rocky look really good together. He encouraged Pretty Flacko to possibly start thinking about having babies with the billionaire pop star, seemingly conceding defeat to Rocky.

He also spoke about Brittany Renner and PJ Washington’s dramatic breakup this summer, calling Renner “cocky” and saying that he doesn’t feel bad for Washington.

“Bruh, she cocky, huh?” said Boosie about Brittany Renner. “Shit. Oh, I know that hurt him. She’s just so cocky, bro. Like, bro, she said she’s looking for sons. Hide your sons. I got mine hidden. I got ’em, don’t worry! She just letting you know that she’s paper chasin’. She nice looking, bro. It’s not like she’s hiding it, if a n***a get trapped, that’s on him, bro. You want this bad p***y? She’s letting you know, this how it’s gon’ be. At least she ain’t snaking a n***a later. She putting it all out in the open. On the prowl.”

Boosie concluded that Brittany Renner isn’t the first person to be out here moving the way she does, she’s just much more outspoken about her moves than most others in her position. Watch everything he had to say below.

Everything is impossible until you take the steps to make it possible, be positive in every step you make. Nature will definitely give you the smoothest part of life. Email us on [email protected] Whatsapp: +233540577992
@HiplifeHiphop
Previous Nicki Minaj’s Husband Says He Didn’t Rape Alleged Victim, Calls Her A “Willing Participant:”
Next R. Kelly’s Brooklyn Cellmate Sketches Comic of Pair’s Life in Jail 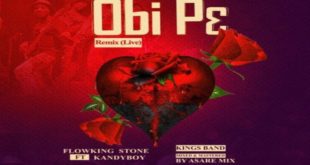