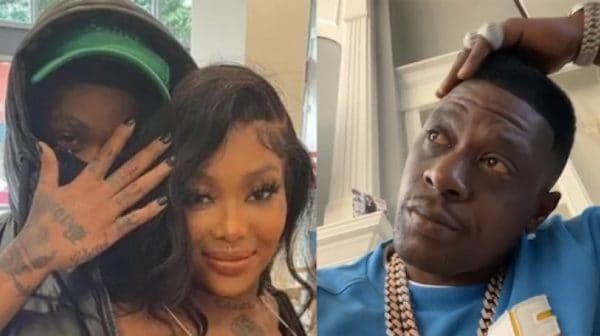 Summer Walker made headlines on Monday after revealing that she and her boyfriend, LVRD Pharaoh, got one another’s names tattooed above their eyebrows.

Summer later followed up her post by writing about moving on from producer London On Da Track, with whom she shares a daughter. She wrote, “Moral of the story is: (if you listened to the album) learn from your mistakes, pick yourself up, heal, find happiness, and most importantly Move On. It’s funny how life works…I never thought right after experiencing the lowest point in my life I’d be the happiest I ever been in my whole life. God is good.”

LVRD Pharoah also addressed the reaction to his new tattoo, telling people on his Stories that he’s been in Summer’s life since 2014. This prompted Boosie to weigh in on Twitter, writing, “HE BEEN AROUND SINCE 2014 smh DAM SHE WAS CHEATING ON @LondonOnDaTrack FIRST LOL LONDON STILL GETTING PAID THO U WIN BRO #BIGW.”

Everything is impossible until you take the steps to make it possible, be positive in every step you make. Nature will definitely give you the smoothest part of life. Email us on [email protected] Whatsapp: +233540577992
@HiplifeHiphop
Previous Jay-Z Got Denied Entry Into KRS-One & Fat Joe’s “1, 2 Pass It” Session
Next Trump Reveals He Met with His ‘Fan’ Kyle Rittenhouse Following Teen’s Acquittal