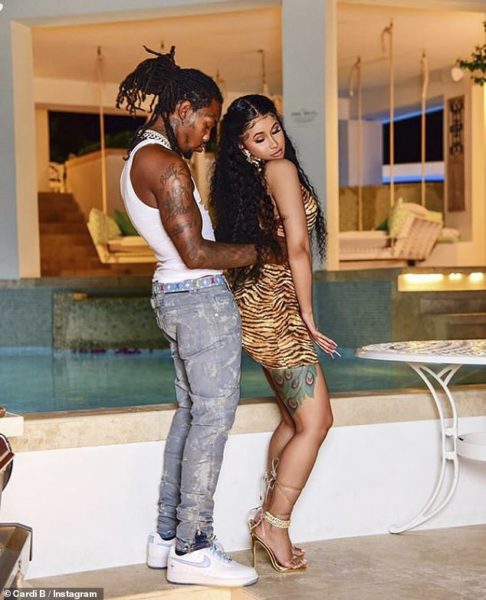 The infamous $88,000 purse that Cardi B has been going on-and-on about has finally arrived.

Cardi B sent quakes through the internet when she asked her followers if she should buy an $88,000 purse… in the middle of a pandemic… where people are cash-strapped and have been losing their jobs left-and-right. Sure, Cardi B is fortunate enough to have the money to even consider such an extravagant purchase, but you can’t deny it wasn’t a little tone-deaf to throw this out when so many people are struggling to even buy holiday gifts for their families.
The rapper has seemingly decided that, yes, she wants the purse. It’s unclear where she’s copping it from, but the reception from her initial inquiry seemingly convinced her to get it just to rub it in people’s faces. Freshly-announced for Montreal’s Osheaga Festival in August 2021, Cardi B finally showed off the purse in question, and her fans aren’t even that impressed.

“This this !! This is the purse people crying about,” wrote the “WAP” superstar on Twitter, showing off the brown leather and shearling-lined bag. Then, she explained that she would be buying it more as an investment for the future, realizing that purses, and especially Birkin bags, grow in price over time.

“It’s not about being cute it’s about the value. In 3 years I can auction it for double,” wrote the rapper after fans criticized her and said that the bag wasn’t even that nice.

Much like some guys collect sneakers to flip them on the resale market, Cardi B seemingly is interested in flipping $88,000 purses. You can’t really blame her. She’s got the money and, if her assessment is correct, this actually is a decent investment.

[via]
Also Check:   Sandra Ankobiah Finally Speaks After Being Named As One Of The ‘Slay Queens’ Snubbed By Cardi B At Kempinski Hotel
cardi finally folks impressed purse shows 2020-12-08
DavidBa
Share

Everything is impossible until you take the steps to make it possible, be positive in every step you make. Nature will definitely give you the smoothest part of life. Email us on [email protected] Whatsapp: +233540577992
@HiplifeHiphop
Previous Gem Valley MusiQ & Team Able – Infusions Feat. Team Toxicated Keys & Tumi Sdumane
Next Chance The Rapper’s Lawyers Are “Grossly Offended” By Ex-Manager’s Lawsuit