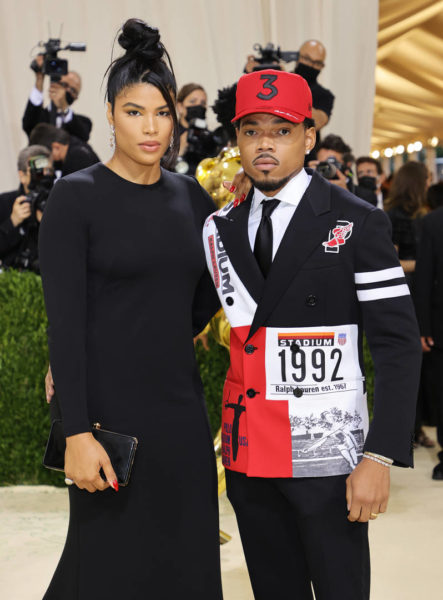 The Chicago rapper chatted with Taraji P. Henson about his “dark days” and mental health struggles.

More stars are drawing attention to the importance of mental health and Taraji P. Henson has partnered with Facebook Watch to expand her vision. The award-winning actress hosts Peace of Mind with Taraji where she sits down with celebrities and other influential figures. During the episodes, harsh truths and traumatic memories are often discussed, and such was the case when Chance The Rapper recently paid Taraji & Co. a visit.

Taraji, her co-host Tracie Jade, and Chance chatted about the expectation for Black men to “man up” and the rapper reportedly spoke about why he feels it is necessary to end that narrative.

Chance admitted that mental health and wellness weren’t things that were commonly talked about in his home while growing up.

“There’s probably a ton of situations where people you know, we just wrote them off as crazy, or like they was tweakin’ but they were actually going through a chronic mental health disorder,” he said. “I feel like this is something that we’re all, as a mainstream, we’re starting to be like, ‘OK, yeah health is beyond just our physical.'”

Chance added that he has “a lot of dark days” and revealed that watching his peers get murdered in front of him has caused severe mental issues. “Obviously I deal with PTSD, I saw my friend killed in front of me when I was 19 and I’ve seen people I didn’t know get killed too. You become kind of numb to it, like somebody else died last week but it stays with you, you know what I mean? And you don’t realize until later — like I have lasting effects.”

Watch Chance The Rapper speak about mental health below.

Everything is impossible until you take the steps to make it possible, be positive in every step you make. Nature will definitely give you the smoothest part of life. Email us on [email protected] Whatsapp: +233540577992
@HiplifeHiphop
Previous DJ Vlad Claims Drake Confronted Him & Said “Stop Talking Sh*t About Me”
Next Jay-Z & Beyoncé Selling Mysterious New Orleans Mansion For $4.45M