China will recolonize Ghana on 17th August, 2050 – The Taste of Afrika CEO predicts 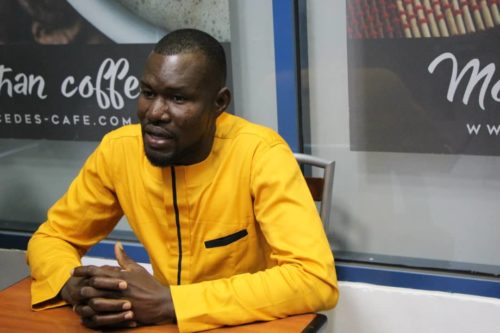 If your memory will serve you right, seasoned actor David Dontoh in a chit-chat with AJ Sarpong of CiTi fame asserted that the country called Ghana is bound to recolonisation if the citizens continue to neglect their culture.

Now, it looks like David Dontoh’s proclamation is bound to happen taking into consideration the fact that some other people who have Ghana at heart are having same instinct. Tengol K Kplemani, the CEO of The Taste of Afrika, has also posited that China will recolonise Ghana.

Taking to social media specifically Facebook to make the world privy to his vision, Tengol stated that the recolonisation will happen in the month of August, 2025. Per the dictate of the post, Ghanaians for reason best known to them have neglected virtually all their cultures especially their respective local languages.

To his best knowledge and observation, Chinese are gradually penetrating with their language and culture to the extent that the walls of our presidential house (Jubilee House) is designed and written in Chinese.

However, he sounded optimistic that all is not lost as Ghanaians can rectify the anomalies by doing the needful going forward perhaps by making use of our cultures especially making our local languages compulsory in our schools at all levels.

@Rexkrampa
Previous LIFESTYLE: Emergency wedding – When 30 is approaching and you’re still single!
Next Singer Gives Tips On How To Tighten The “Honeypot” As A Woman