Coi Leray Hits Studio With Justin Bieber, Makes Him Do Her TikTok Dance 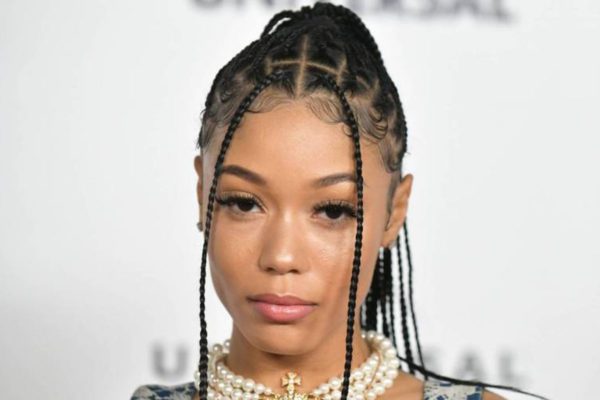 Justin Bieber played the piano for Coi Leray in the studio as they made a song together.

It looks like we may be in for a collaborative record from Coi Leray and Justin Bieber. The two recording artists appeared together in the studio this week, sharing videos on social media of their work together.

The first video posted of their get-together showed them in a rehearsal space, practicing Coi’s dance moves for “TWINNEM.” Previously, she shared dance videos with Lil Baby doing the same motions. The dance has been going viral on TikTok as of late. The second video showed Justin playing the piano as Coi showed off her vocals. Seemingly freestyling the song, this may have been the beginning stages of a record that they’re planning on releasing together.

Also Check:   Afia Schwar discloses why she will fight Abrokwah till death

Bieber has been working with up-and-coming stars in the music world as of late, lending a hand to The Kid LAROI’s hit single “Stay.” Perhaps he plans on helping out Coi for her next viral track.

With her debut album on the way soon, Coi appears to be putting together a roster of high-ranking industry friends, and some of them will definitely be bringing the star power to her upcoming releases. Would you be here for a collab between Coi Leray and Justin Bieber? Let us know in the comments.

Everything is impossible until you take the steps to make it possible, be positive in every step you make. Nature will definitely give you the smoothest part of life. Email us on [email protected] Whatsapp: +233540577992
@HiplifeHiphop
Previous A$AP Ferg Signs To Roc Nation & Announces New Neptunes-Produced Single
Next 6ix9ine’s Ex-Manager Shotti Reveals He’s Broke, Only Has $1,200