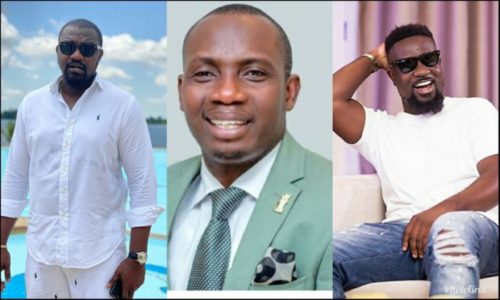 While most men are in the habit of having “side chicks” and keep them hidden, controversial TV and radio personality, Counselor Lutterodt has said that it is time for these men to let the cat out of the bag by marrying two wives as polygamy is not a sin.

The Self- acclaimed marriage counselor gave his unflinching support to award-winning Gospel singer Stella Seal on recent comments  that polygamy is very important in many modern marriages.

In a recent interview with Zionfelix on the “Uncut” show, Counselor Lutterodt stated that polygamy is not a sin in the Christian doctrine and as such, all the pastors and churches who deny women, who are second wives the chance to have communion, will rot in hell.

Also Check:   The Problem With Strongman’s Line: ‘Who Will Choose Fella Over Derbie’

Counselor Lutterodt in his final statement advised other rich men in Ghana to go ahead and marry more wives because there are many single ladies, especially female celebrities out there who are desperate for marriage.

Watch a snippet of the  interview below;