Damage To Gucci Mane’s $600K Ferrari Not Club’s Fault, According to Venue: Report 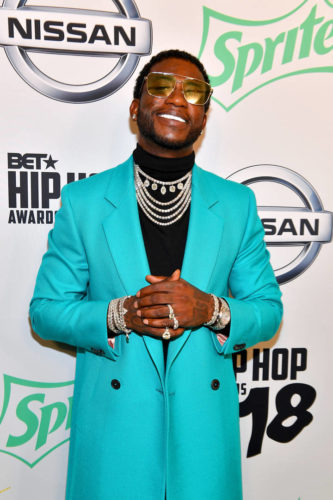 He was performing at the club when his Ferrari was towed.

After his $600K Ferrari was towed from a nightclub, Gucci Mane understandably had a bit of a meltdown. The rapper recently performed at Mr. Jones in Miami and according to Gucci, he asked the venue where he should park his luxury vehicle. Gucci claims he was told to park the Ferrari behind the nightclub, however, he later learned that the vehicle was towed.

He shared his frustrations on social media where he posted a clip of the damages he says was made to the Ferrari by the towing company. In the caption, Gucci wrote that the police were called on him, as well. “Three hundred dollars for the tow, I guarantee there’s twenty, $30,000 worth of damage,” Gucci says in the video.

However, TMZ is now reporting that Mr. Jones is denying any responsibility for the unfortunate event and instead suggests Gucci’s security team is at fault. The outlet states that the parking area behind the club is the property of a neighboring CVS store and it was a member of the rapper’s security that moved the Ferrari Superfast to that location. Mr. Jones’s staff reportedly also shares that the person on Gucci’s team who moved the vehicle even spoke with the manager over at the CVS in order to get their approval.

Things apparently took a turn after the manager clocked out for the evening without alerting his incoming co-workers of the agreement. The nightclub asserts that their valet staff would never tell anyone to park in that area, so they don’t want their reputation to be called into question. In case you missed it, check out the damage to Gucci’s car below.

Ayeahhhhh @MrJonesMiami ! Y’all booked me last night & y’all security advised me to park in the back of the club! Came out the club & my #812SuperFastFerrari was towed & damaged & y’all called the police on me!!! Who gon compensate & fix my damn car ??????????

@Rexkrampa
Previous Billie Eilish Promises Two New Songs On The Way: “Be Patient, Damn!”
Next Wiz Khalifa Opens Up About His Son’s Love For Thriller Films: “I Gotta Get Tough”