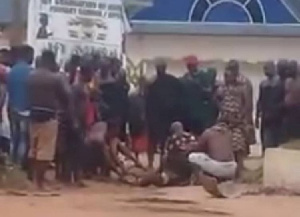 The Ashanti Regional Police has urged Ghanaians to disregard a video circulating on social media in which a chief was allegedly slaughtering a human for sacrifice.

The chief of Hemang, Nana Appau Ababio Sanwansa in the video could be seen slaughtering what appeared to be an animal at the forecourt of his palace.

People trooped in to catch a glimpse of the sacrifice including police personnel.

Also Check:   Cargo truck falls on its side on Kwame Nkrumah interchange

A voice could be heard in the video claiming the chief was slaughtering a human being to pacify the gods of the town.

The .police say after

the video, their conclusion is that it was rather a ram being killed and not a human being. They have therefore urged the public to disregard the video. 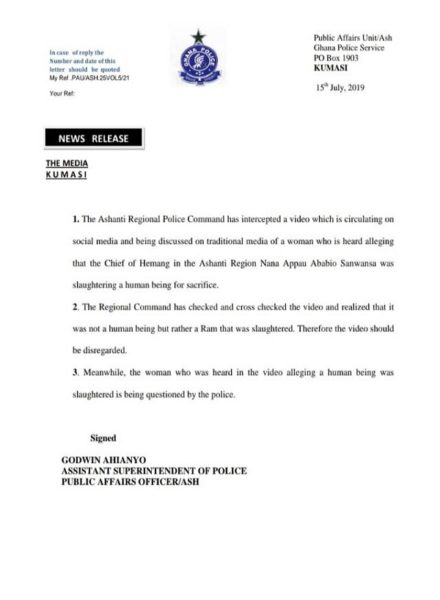 Previous DJ Quality – Bhut’ One Problem Feat. Vee-Dot & Zolani G
Next Afoko’s treatment should be repugnant to all – OccupyGhana