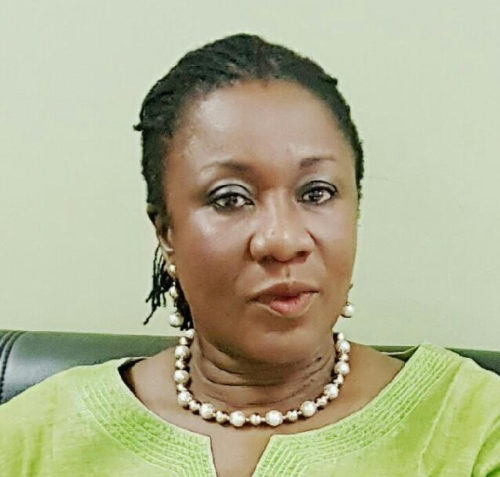 The Member of Parliament (MP) for Domeabra-Obom constituency in the Greater Accra Region, Sophia Karen Ackuako has urged local assemblies to enforce their by-laws to help prevent perennial floodings in the region.

Madam Ackuako who made the clarion call in an interview with Kwame Minkah on Power 97.9 FM Friday morning was optimistic floods can be controlled when the laws are effectively used.

Some parts of Accra got flooded again on Friday morning after a heavy downpour that started around midnight. Some suburbs such as Adenta,West Legon, Avenor, Sahara Ghetto, Adabraka, and the Weija areas also got flooded after the rains.

On the Accra-Kasoa highway, floods had completely inundated the Accra-bound dual carriageway, forcing motorists heading to Accra to drive on the opposite side of vehicles heading to Kasoa.

Reacting to the destruction after the rains, Madam Ackuako bemoaned the activities of some residents such as dumping refuse in open drains and building on water ways and stressed such acts are the reasons floods keep occuring in the national capital.

“The District Assemblies should enforce the laws to stop the floods. People build on water ways and the authorities look on instead of telling them the right thing to do to save all of us. Such acts should be controlled by the Assemblies,” the Legislator urged in Akan.

Madam Ackuaku who is also a member of Parliament’s Committee on Water, Works and Housing opined that once the Assemblies look on for people to do what pleases them, combatting flooding will be difficult in the country especially as the Ghana Meteorological Agency keeps predicting more rains in the coming days.

Urging the government to expedite measures to prevent floods in Accra and its environs, the MP commended the erstwhile Mahama administration for embarking on projects such as the construction of drains in her constituency that has reduced flooding in the area Obom area.

Young Blackboi Amg Napiboi is an experienced Public Relations Officer and Author with a demonstrated history of working in the music industry. Notable among his huge repertoire of artistes worked with are Morgan Heritage (Grammy Winners), Rocky Dawuni (Grammy Nominee, 2015), Samini (MOBO Winner - 2006, MTV Awards Africa Winner - 2009) and Stonebwoy (BET Best African Act Winner - 2015). Other mainstream artistes of great repute he has worked with are EL, Eshun, Kula, (just to name a few), who have all won multiple awards under Vodafone GHANA Music Awards (VGMAs).
Previous Naira Marley – Opotoyi (Marlians) (Official Video)
Next A good erection does not mean you are fertile – Men told