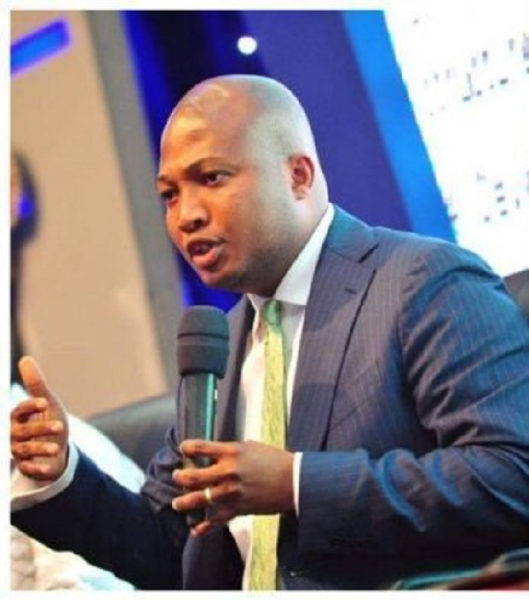 •Okudzeto Ablakwa maintains that President Akufo-Addo flew a $14,000-per hour aircraft to the UK and Germany

•His allegations were rejected by the Director of Communications at the Presidency, Eugene Arhin

Samuel Okudzeto Ablakwa, the Member of Parliament for North Tongu has chided the Director of Communications at the Presidency, Eugene Arhin for using the presidential platform to peddle ‘naked untruth’.

Okudzeto Ablakwa’s claims that President Nana Addo Dankwa hired a $14,000 per hour flight to the United Kingdom and Germany was contested by Eugene Arhin who said the MP was speaking from a position of ignorance.

He defended that the flight used by President Akufo-Addo did not cost the Ghanaian taxpayer the amount Okudzeto Ablakwa was purporting.

“Let me put it on record that the Member of Parliament for North Tongu who made this disclosure put out the information that the president traveled on a jet with the number LX-DIO.

“I travel with the president on every single trip and on the trip to the UK first, for the Global Education Summit, and subsequently to Germany, the president did not use this jet. I don’t know where he got his information from,” he said.

But in his latest epistle on President Akufo-Addo’s perceived preference for luxurious planes, Okudzeto Ablakwa mounted a spirited defence of his earlier claim.

He cautioned Eugene Arhin against using his position to make statements which in his view are at variance with the facts. . “President Akufo-Addo’s spokesperson, Mr. Eugene Arhin looked Ghanaians in the eye from the Jubilee House on 7th September, 2021 and peddled naked untruths when he claimed the President did not use the Boeing 737-900ER BBJ3 operated by Global Jet Luxembourg and registered LX-DIO for his travels to the UK and Germany.

“A presidential spokesman should not be desecrating what is expected to be hallowed precincts of the seat of government in this Goebbelian manner”.

Okudzeto Ablakwa stated further that in his latest trip to the United States of America, President Nana Addo Dankwa Akufo-Addo flew on the Boeing 737-900ER BBJ3 which he used to the UK and Germany earlier this month.

“I can authoritatively confirm without a scintilla of doubt or any equivocation for that matter that President Akufo-Addo on his current trip to the United States of America has again chartered the same ultra-luxury aircraft he used to the UK and Germany — the Luxembourg-based luxury jet registered LX-DIO and operated by Global Jet Luxembourg. Same Boeing 737-900ER BBJ3 with Manufacturer Serial Number (MSN) 62515 and Line Number 5659. “The blue and white LX-DIO’s features have not changed: 19-seater luxury jet which has a HEX code 4D0213 which is configured VIP, has 2x CFMI engines and was delivered to the current operators in November 2015.

“As is now well known, this luxury monster comes equipped with multiple sections to guarantee exceptional comfort. It provides a VIP lounge for relaxation, Five-Star dining facilities, Royal Master bedroom, Cinema Room specially delineated for watching movies which is a separate accessory from other in-flight entertainment systems, and of course complete with a luxury shower.

“So Mr. Eugene Arhin doesn’t accuse me of fabrications ever again, may I provide some further particulars: the LX-DIO carrying President Akufo-Addo took off at 20:50GMT from Accra on Friday 17th September, 2021; refueled at Lajes International Airport on the Azores Islands (North Atlantic) resumed flying at 04:00GMT; it finally landed at William Hobby Airport in Houston at 7am Houston time on the 18th of September, 2021. Our unimpeachable real time tracking continues,” he posted on Facebook.

Everything is impossible until you take the steps to make it possible, be positive in every step you make. Nature will definitely give you the smoothest part of life. Email us on [email protected] Whatsapp: +233540577992
@HiplifeHiphop
Previous Dorcas Amoah will bring development to Axim – Youth group backs President’s nomination
Next More than ten houses collapse in three communities in Builsa South over flood