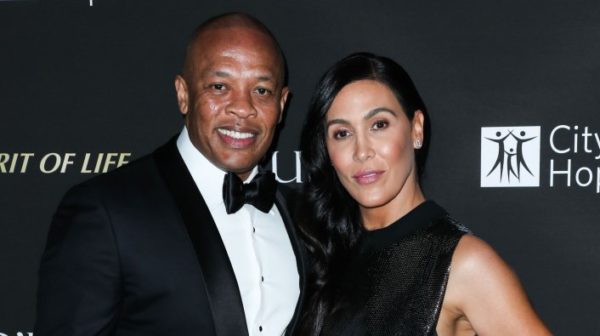 The divorce between Dr. Dre and his estranged wife Nicole Young has been ongoing, and now documents that surfaced revealed Dre’s assets.

The documents found the producer and mogul laying out his expenses along with income. This is due to Nicole Young demanding that Dre give up half of his $1 billion estate, which she claims she is entitled to due to a torn up prenuptial. The documents that surfaced say that Dre reportedly has $180 million in cash, $260 million in property, and $6 million in stock.

The documents went on to say that Dre sold off a portion of his Apple stock in the last year, for $73,725,773. As for his Dr. Dre business, the mogul reportedly pulled in $4 million in 2020. As of now, Nicole Young is asking that Dr. Dre give up $4 million to cover her legal fees in the divorce. Nicole Young also accused Dre of failing to pay $1.2 in a previous court order.

The case is still taking place in Los Angeles Superior Court, and a judge hasn’t decided on the $4 million request from Nicole Young. Stay tuned for more updates.

Everything is impossible until you take the steps to make it possible, be positive in every step you make. Nature will definitely give you the smoothest part of life. Email us on [email protected] Whatsapp: +233540577992
@HiplifeHiphop
Previous Kanye West Announces Free Larry Hoover Show With Drake
Next Ghana: Reduce high 1.75% e-levy – Policy analyst to government