Breaking News
Home / ENTERTAINMENT / ‘E Pain Dem; I Have A Lot In Stock To Get Them More Mad’ – Is Mr. P Shading Rudeboy Indirectly? (Video)

‘E Pain Dem; I Have A Lot In Stock To Get Them More Mad’ – Is Mr. P Shading Rudeboy Indirectly? (Video) 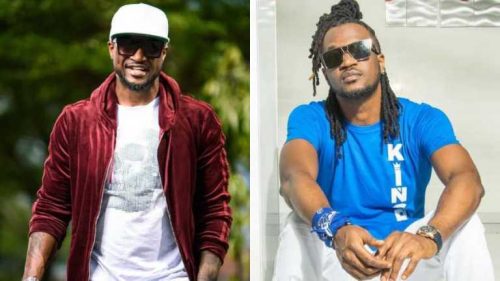 Nigerian singer Peter Okoye now Mr. P has made a sarcastic statement that seems to be shade towards his brother Paul Okoye and Jude Okoye.
Ever since the two separated making their music group P-Square a defunct one, they have been on a silent war as they indirectly shade each other.

Mr. P in a recent interview with media personality Daddy Freeze bragged of his wealth as he shows off one of his houses he is using as a studio.

Commenting on the video, Mr. P thew shades at his brother indirectly by saying they think he’s going to fail but he has a lot in stock to make them madder.

video and screenshot below; 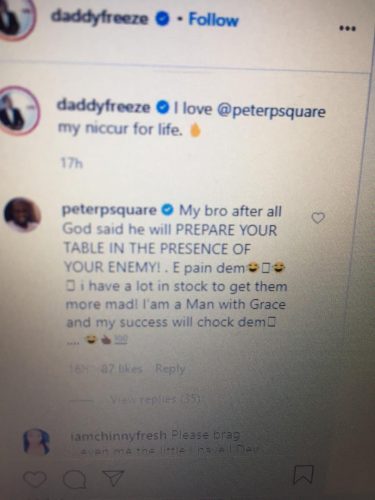 Young Blackboi Amg Napiboi is an experienced Public Relations Officer and Author with a demonstrated history of working in the music industry. Notable among his huge repertoire of artistes worked with are Morgan Heritage (Grammy Winners), Rocky Dawuni (Grammy Nominee, 2015), Samini (MOBO Winner - 2006, MTV Awards Africa Winner - 2009) and Stonebwoy (BET Best African Act Winner - 2015). Other mainstream artistes of great repute he has worked with are EL, Eshun, Kula, (just to name a few), who have all won multiple awards under Vodafone GHANA Music Awards (VGMAs).
Previous Leave my social media account and hack C. Ronaldo and others – ‘Too Much’ cries
Next Tiwa Savage Shares “No Make Up” Photo And She Still looks Amazing (Photo)