Ed Sheeran Takes Top Spot From Drake On Billboard 200 With “=” 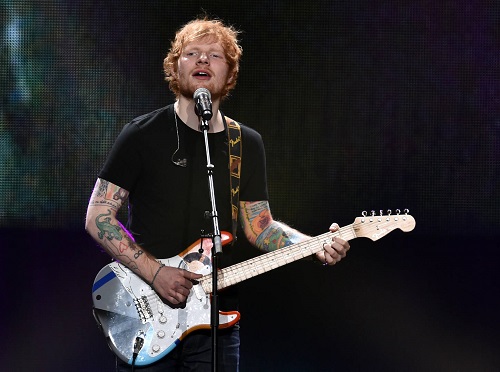 Ed Sheeran took the top spot on the Billboard charts from Drake.

Ed Sheeran knocked Drake off of the number one spot on the Billboard albums chart, Sunday, with his new album, =. Drake’s Certified Lover Boy locked down the top spot, last week, for the fifth time since its release.

Drake’s popular Certified Lover Boy, which was released back in August, still hung on to the No. 2 spot with 67,000 equivalent album units sold last week.

Other projects to chart include Morgan Wallen’s Dangerous: The Double Album, Megan Thee Stallion’s Something for the Hotties, YoungBoy Never Broke Again’s Sincerely, Kentrell, amongst others.

Earlier this year, Sheeran spoke with the BBC about his friendship with Eminem, explaining that they bond over their mutual love for collecting cassettes.

“I collect cassettes and I’ve got Ray Charles and Stevie Wonder and they are quite difficult to find,” he said. “The only person I know who collects the same is Eminem. He collects cassettes – that’s his thing. He loves collecting. He is avid at going to find them. We have started having this, it’s like a very cool pen-pal thing.”

Everything is impossible until you take the steps to make it possible, be positive in every step you make. Nature will definitely give you the smoothest part of life. Email us on [email protected] Whatsapp: +233540577992
@HiplifeHiphop
Previous Five students of KOSS in police custody over murder of another student
Next Soulja Boy – Pulling Up