Breaking News
Home / GENERAL NEWS / Election 2024: I want to see Bawumia as the next president; there’s ‘magic’ in him! – Allotey Jacobs

Election 2024: I want to see Bawumia as the next president; there’s ‘magic’ in him! – Allotey Jacobs 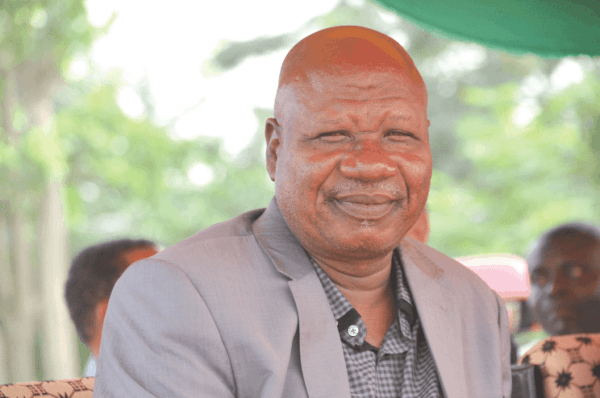 Former Central Regional Chairman of the largest opposition National Democratic Congress (NDC), Bernard Allotey Jacobs, has called for maximum support for Vice President Dr. Mahamudu Bawumia to be the next President of Ghana.

Although Dr. Bawumia hasn’t been elected or declared flagbearer of the governing New Patriotic Party(NPP), some party supporters have already begun campaigning for him.

There are speculations he might stand for Presidential candidate during the party’s primaries.

Speaking during the Wednesday edition of Peace FM’s ”Kokrokoo”, Allotey Jacobs was of a strong belief that Dr. Bawumia will make a good President.

“I want to see Vice President Bawumia as the next President . . . It’s a fact. There’s a magic in him that he can use to help Ghana to move Ghana forward. Let’s see what is in him!”, he emphasized.

Everything is impossible until you take the steps to make it possible, be positive in every step you make. Nature will definitely give you the smoothest part of life. Email us on [email protected] Whatsapp: +233540577992
@HiplifeHiphop
Previous Alleged pregnant woman could be experiencing ‘false pregnancy’- Psychologist
Next Ghana is yet to benefit from democratic governance after 30 years – PPP