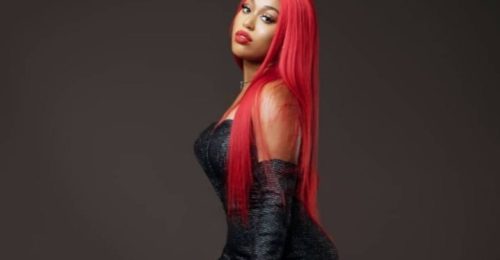 RuffTown Records signed artiste, Fantana has ridiculed herself during a live performance at the Reign concert which was held yesterday at the Fantasy Dome, Accra.

Mid-way through her performance the relatively new artiste forgot her own lyrics and was singing off key.

Apparently the crowd were a bit too much for her making her tensed.

Well Fantana is not to blame as this is just her second performance.