Breaking News
Home / ENTERTAINMENT / Fantana reveals she was arrested and put in prison, how long she stayed in prison

Fantana reveals she was arrested and put in prison, how long she stayed in prison 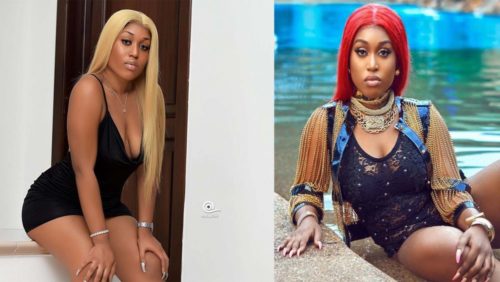 Fantana is not happy with people who refers to her as an ex-convict and she also went ahead to reveal how long she stayed in the prison.

Fantana explained that she wasn’t present in the courtroom because she hasn’t been in trouble before and also had a Lawyer.

The musician added that she had a fight with her roommate and threw her bracelet out of the window out of anger.

She explained that she can only be tagged as an ex-convict if she spent time in prison but she was just in jail for less than 8 hours.

I got into a fight with my roommate and I threw her bracelet out of the window. So I was just in there for less than 8 hours and I came out. I have never been in trouble in my life, I don’t even have a record. I am not an ex-convict”, Fantana disclosed.

It can be recalled that several months ago there were reports that Fantana was imprisoned for theft.