Feature: Where is Paul Afoko? 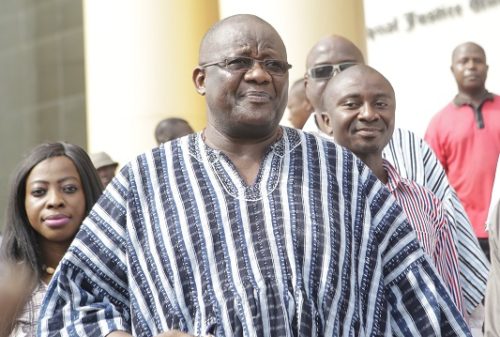 Politics is a tricky game, one day you are up and there and think the whole world is under your feet, another you vanish into nothingness.

Once upon a time, the embattled former National Chairman of the New Patriotic Party (NPP), made the headlines.

He was the hottest and the biggest selling ticket in town. You miss his story and you lose readership and all that comes with it.

The contest that led to his election as the National Chairman of the New Patriotic Party (NPP) was marred with allegations and counter-allegations. He was almost disqualified when some faceless individuals sent a petition to the party, about what he is alleged to have done some times back in the United Kingdom.

He scaled that hurdle, and was later to be rumoured to be against the candidature of Nana Addo Dankwa Akufo-Addo. This allegation gained currency, when the party assembled in Tamale, the Northern regional capital for its national delegates congress.

As faith, would have it, Paul Afoko won, despite all the mudslinging, treachery, betrayal that trailed his campaign, but his woes was just beginning.

His first decision as the National Chairman, was met with resistance and bloodshed, it was perhaps the first dose the country had of the activities of NPP thugs, who have been co-opted into the national security to terrorise innocent Ghanaians, as witnessed in the by-election in Ayawaso West Wuogon.

Paul Afoko and the new executives, including the General Secretary, Kwabena Agyei Agyapong, decided to change the security men at the party headquarters. This decision was met with resistance and what happened, they say the rest is history.

He and his new too known executives, after this failed attempt, make another bold move by relieving the party’s Director of Finance and Administration, the late Opare Hammond of his post, the deputy Communications Director Perry Okudzeto, was also asked to proceed on leave.

After the gruesome murder of the Upper East regional chairman of the NPP, Adams Mahama, Paul Afoko, and Kwabena Agyapong, were prevented from having access to their office. The same monster the Invisible Force, were behind this move. The two were accused of masterminding the killing of Adams Mahama.

It took the intervention of Nana Akufo-Addo, who was the presidential candidate before the two were allowed access to their offices.

The problems kept compounding to the extent that, discussions at party meetings, were in the media the next morning, with even sitting positions of all who attended.

Former president John Agyekum Kufuor, got worried about the turn of events and so called for a truce. In attendance at the meeting were prominent Ghanaians, including some men of God.

Some of the people who present to broker the peace at President Kufuor’s house, were Rev Prof Emmanuel Martey, Metropolitan Arch­bishop of Accra, Bishop Charles Palmer Buckle and Pastor Mensa Otabil, among others.

This noble and well intentioned move of the former president was short-lived, as the parties left the place more determined to do each other in than ever.

The final plot was finally hatched and so on October 23, 2015, the Communications Director of the NPP, Nana Akomea at a press conference at NPP National Headquarters in Asylum Down, Accra, announced the suspension of Paul Afoko.

This was the final nail on the coffin of a man, who never got the chance to enjoy his position, all because he was perceived to be anti-Nana Addo.

As it was from the beginning, he took his case to the court of public opinion through the media. He fought, bought airtime, pages in newspapers, and eventually the case ended in court. The court agreed with the decision of the National Executive Committee (NEC) which considered the report of the National Disciplinary Committee.

Many people, had thought that, when the dust settled and Paul Afoko ate a humble pie, after the victory of the NPP and Nana Addo in the 2016 election, he was going to be given at least a Board to chair, but no.

The Akufo-Addo, we knew yesterday, is still the Akufo-Addo to today and will be tomorrow. He never forgives.

Paul Afoko was last seen at the 80th birthday celebration of former president Kufuor. A picture of him and president Akuo-Addo, shaking hands went viral.

This is their first meeting in three years, President Akufo-Addo, is reported to have said “Mr Chairman, how are you doing?’

To which Paul Afoko, responded “Mr President, I am ok. I hear of you everyday”.

Paul Afoko, is no stranger to controversy, at the University of Ghana, Legon, when 17 people contested to leave the NPP for election 2008, he was accused of bribing delegates to vote for the current Minister of Trade and Industry, Alan Kwawdo Kyeremanten.

This perhaps marked the beginning of Afoko’s problem with Nana Addo. His fate was sealed before he was even elected as Chairman of the party.