Fredyma explains why he went missing in action for a while 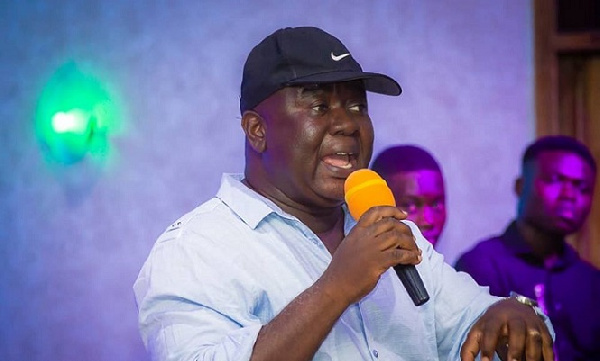 Music producer, Fred Kyei Mensah popularly known as Fredyma has explained why he was not seen or heard of in the industry for a long while.

According to him, his absence from the scenes was a result of the flood that happened on 3rd June 2015 in which he lost everything he owned.

In an interview with Kwabena Boafo on Happy 98.9 FM’s ‘Obra Yi’ edition of ‘NsemPii’, he said, “I lost everything including all my certificates and everything I owned and even lost my brother in law in addition and I must confess that period was a very tough period for me.”

He explained that after the whole flood experience, he was left with nothing and had to start from scratch hence, his going missing in action for a while.

Fred noted that going off the scenes was not planned but things got tough and he had no choice but to go on the low.

“A lot of people promised to help me when the incident happened but all of them were nowhere to be found when I really needed them except for Omanhene Kwabena Asante of multimedia.”

He shared that he was one of the first and few people to come to his aid financially when he lost everything and, “I’ll never forget that day.”

He used the platform to once again thank everyone who came to his aid in his time of need.

Everything is impossible until you take the steps to make it possible, be positive in every step you make. Nature will definitely give you the smoothest part of life. Email us on [email protected] Whatsapp: +233540577992
@HiplifeHiphop
Previous Kanye West Reportedly Eyeing The Dating App Industry
Next Prince Jackson Dismisses Drake & Michael Jackson Comparisons