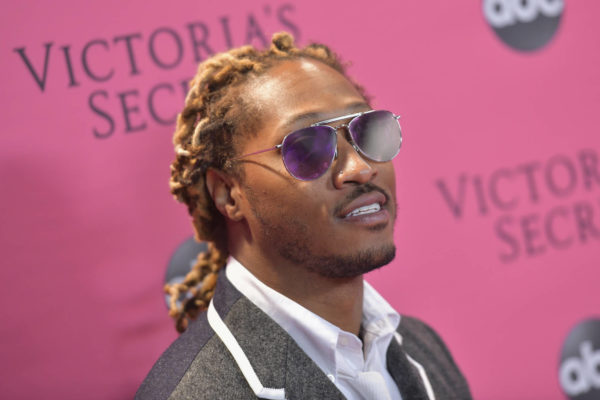 Then, Zoey Dollaz got into a Twitter beef with the woman.

An Instagram Story reaction has caused Future to shut down certain interactions he has with fans. A woman recently took to her Twitter account to call herself a “bad b*tch” because the rapper reacted to her story with a heart eyes emoji. She took a screenshot of her notification that showed Future and shared it on Twitter, and after the image was circulated on the blogs and social media, the rapper slid in her DMs to call her out.

Future shared a few post-and-delete screenshots of his own where it showed she tagged him in her story so he sent the reaction, and later she messaged him suggesting that he’s the GOAT. He wrote over the image, “Y’all hoes soooo cap…my last time exposing a fan, the blogs over react to everything.” He later added, “I’m not commenting under a fan pic or liking a fan pic I’m not reacting to stories…this trolling internet sh*t is for people like u not me.”

The rapper also shared a photo of a DM exchange with the woman where she told him that she never said he was trying to flirt with her. She said she was just excited that he acknowledged her photo, but he still told her that she caused a mess by sharing the screenshot. “It’s mad corny sweetie,” he wrote. “Take it down.” She further explained herself over on her Twitter page by writing, “Mmm it wasn’t clout chasing, like I said I was happy he acknowledged my sh*t 🤣 I never said he was tryna fw me so thanks to the internet for twisting it 🥰.”

Meanwhile, somehow Zoey Dollaz got himself involved because he knows the woman, too. After tweeting a scathing message about her, she shared some screenshots that allegedly show he told her once that he was obsessed with her. Check it all out below.

Mmm it wasn’t clout chasing, like I said I was happy he acknowledged my shit 🤣 I never said he was tryna fw me so thanks to the internet for twisting it 🥰

Your gf smell like ass and she broke 😓🥰 pic.twitter.com/YM2utnvbP7

Boy I’m not mad over that 😂🤣 been over that we talking bout you rn 😂 sad ass corny bitch https://t.co/Mqi8kUetQM

Oop! #Future #PostsAndDeletes a conversation between him and the fan who shared that he slid in her DMs. (SWIPE) & view earlier posts