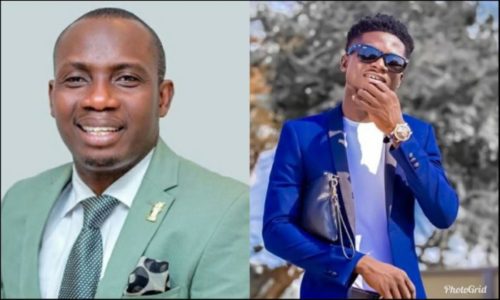 Counselor George Lutterodt has advised Kuami Eugene too keep mute about his death prophecy as he doesn’t understand spiritual things.

Speaking in a recent interview on TV Africa, Counselor Lutterodt said that he also had a death prophecy regarding Kuami Eugene.

“These managers who don’t have spirituals eyes should shut up for those who have eyes and voice to talk. Tell the boy to shut up because he is young. He should be careful,” he warned.

Counselor Lutterodt didn’t reveal the cemetery he went to but he added that he was having intimacy with God when God released the message to him to act upon it.

Counselor is seen in a video praying for Kuami Eugene and prophesying long life.

He also prayed for footballers, pastors and other celebrities in the country.

@Rexkrampa
Previous ‘I’m Learning Beat Production As Well, I Want To Be Like DJ Khaled’- DJ Switch
Next “I Used To Spend Ghc20 For A Whole Week”- Emotional Quamina MP Tells His Story