‘God will make you a prophet’ – Shatta Wale told 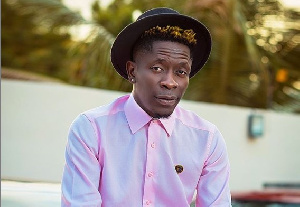 Addressing his congregants during church service on January 3, 2020, Prophet Elisha said dancehall artiste Shatta Wale has been called to preach the gospel and win souls for God.

Narrating exactly what he saw in the revelation, Prophet Elisha said:

“The spirit of God took me to Shatta’s bedroom where he was lying down on his bed. I can describe his room to you. There, God asked me to look at how vulnerable he was. He looks very strong but look at how he is lying down like a dead man. Tell him I will protect him. There are more evil eyes on him but tell him that I love him and I’ll protect him. At the latter part of his life, I’ll make him a prophet.”

There have been similar prophecies concerning the dancehall artiste.

The likes of Pastor Kingsley Appiagyei, Rev. Lawrence Tetteh, and Evangelist Papa Shee have all revealed that Shatta has been called to preach the gospel of God.

The ‘Dancehall King’ during the lockdown in March 2020, organized a virtual church service on social media as his own way of helping his fans who could not attend the usual Sunday church services due to the ban on social gatherings.

Listen to Prophet Salifu Amoako give the prophecy below: