Breaking News
Home / ENTERTAINMENT / Guy runs away after sleeping with Lapaz ashawo, Lady narrates story as she cries in their WhatsApp group

Guy runs away after sleeping with Lapaz ashawo, Lady narrates story as she cries in their WhatsApp group 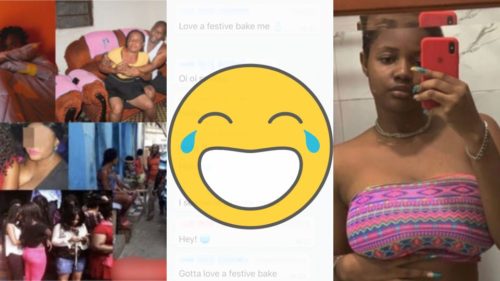 A video fast going viral on social media. The video is from a WhatsApp group chat. The WhatsApp group is a hookup group where ashawo ladies sleep with men and get paid.

It’s surprising how some ladies nowadays have resorted to having sex with different men as means of survival whilst they can equally get some good job for themselves aside from sleeping with men who may at the end-use them and dump them.

In the video, one lady shared her story as she cried about how a guy run away without paying after sleeping with her in a hotel room.

“Before sex, I take my money then we start, I told him to give me my money and he told me that he has used the money on him to pay for the hotel bills and the money on him is not up to the amount so in the morning he would go with me to Madina to withdraw some money” The lady narrated to the group.

She further added; “I wasn’t sleeping because I was waiting to take my money then leave, soon after he came to give me doggy there I was weak before I could realize he was far gone”

Another lady in the same WhatsApp group also gave her account of how a man who planned to meet her for hook up after having sex with her dumped her and run away.

” Yesterday one guy in this group called me for hook up at Doodowa we did everything as soon as we finished he’s left the group and nowhere to be found” the other lady shared her bitter story.