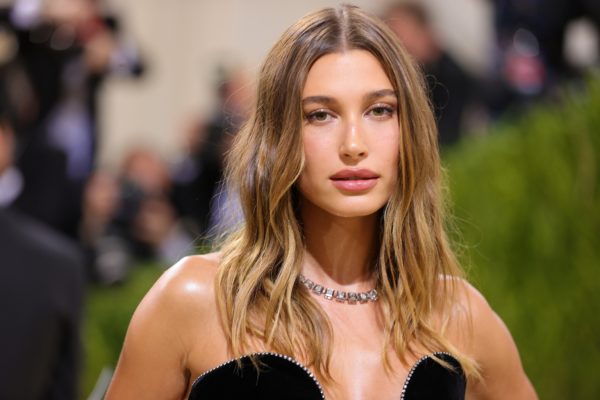 Mrs. Bieber shared that Britney Spears was the first artist she ever saw in concert.

Halloween may be coming to a close, but there’s still plenty of time to celebrate the iconic looks that people came up with this year, including Hailey Bieber, who channeled Britney Spears for four incredible costumes. On October 30th, the 24-year-old model uploaded a photo dump to her Instagram page paying tribute to the legendary pop star.

“Happy Halloweekend,” the caption reads. “The first concert I ever went to was the queen @britneyspears and I’ve been shook ever since,” she wrote, followed by a string of heart and pumpkin emojis.

The first look that Hailey recreated is easily the most recognizable, stemming from Britney’s debut “…Baby One More Time,” music video. The pictures see the starlet posing in schoolgirl garb, fuzzy pink bands wrapped around her braided pigtails. In the third slide, she can be seen flirtatiously twirling a pen about as she looks into the camera.

Next on the list is the skin tight red rubber jumpsuit look from the “Oops!…I Did It Again” music video, featuring an ultra high, ultra sleek ponytail with a side-parted bang. After that comes the “Gimme More” singer’s Rolling Stone magazine cover (snapped by David LaChapelle), which sees Hailey wearing some itsy bitty pyjamas while talking on the phone and holding a teletubby.

Last, but certainly not least on the list of iconic costumes is Britney’s barely-there “I’m a Slave 4 U” look. For this one, the Arizona native went for a still-wet middle parted look with her hair, an unmissable smokey eye, and plenty of bangles on her arm. Her outfit is bright pink, and highlights her abs perfectly.

Everything is impossible until you take the steps to make it possible, be positive in every step you make. Nature will definitely give you the smoothest part of life. Email us on [email protected] Whatsapp: +233540577992
@HiplifeHiphop
Previous Jay-Z Inducted Into Rock & Roll Hall Of Fame By Obama & Dave Chappelle
Next Alicia Keys – Best Of Me (Originals)