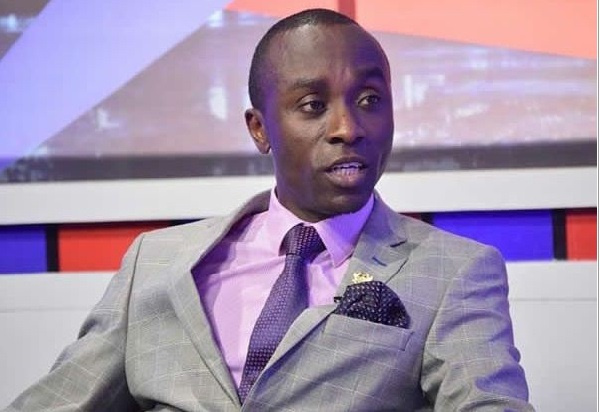 Ernest Kofi Owusu Bempah, Convener for Fixing The Country Movement has called for strict adherence to the laws governing LGBTQI+ communication in the country describing the menace as a “deadly virus”.

According to him, homosexuality is un-African because Ghana is a country of faith and values.

He, therefore, called on parliament to safeguard our cherished values as a country.

In a statement copied to Peacefmonline.com, he stated that, “We must tighten our laws and deal ruthlessly with members of LGBTQI+ community lest they run down the values and cultural systems in this country”.

“We are absolutely aligning with the fact that homosexuality is a ‘deadly virus’ which should be radically expunged from the human race,” a portion of the statement read.

Read the full statement below.

The LGBTQI bill and matters arising

The Fixing The Country Movement is alarmed at the twist and turns of the debate surrounding the Proper Human Sexual and Ghanaian Family Bill, 2021, otherwise known as the LGBTQI bill currently before parliament of Ghana.

We have become aware of the attempt by some members of the academia and the legal fraternity boldly campaigning against the LGBTQI bill.

There are growing concerns among right thinking Ghanaians that this last minute attempt is geared towards the disruption of the entire parlimentary process, paving way for the withdrawal of the bill. And this is generating collective resentment in almost every facet of our body politics.

The Fixing The Country Movement wishes to remind parliament and all stakeholders that, Ghana is a country of faith and values, and Parliament ought to safeguard our cherished values as a country.

We are absolutely aligning with the fact that homosexuality is a “deadly virus” which should be “radically expunged” from the human race.

We abhor homosexuality. It is un-African. Indeed, there is a scientific basis why over 90% on average across Africa abhors this phenomenon.

As a matter of fact, the latest Afrobarometer survey by the Centre for Democratic Development (CDD-Ghana) confirms that the majority of Ghanaians do not want to tolerate same-sex relationships or people with different sexual orientations.

The survey shows a whopping 93% of the Ghanaian population saying no to LGBTQI+ community. Parliament needs to pay serious attention to the numbers.

As civil society advocacy group, we have the democratic right to raise our voice against the LGBTQI+ community and express our counter-stance on the bill before parliament.

We are enthused about the fact that the bill before parliament is seeking to have a well-established law to confronts LGBTQ+ practices head-on in Ghana.

We call on Parliament not to kowtow to any group of persons to soften its position on the LGBTQI bill.

Ghana must not remove restrictions on LGBTQI+ and same-sex marriages. We must tighten our laws and deal ruthlessly with members of LGBTQI+ community lest they run down the values and cultural systems in this country.

Everything is impossible until you take the steps to make it possible, be positive in every step you make. Nature will definitely give you the smoothest part of life. Email us on [email protected] Whatsapp: +233540577992
@HiplifeHiphop
Previous Chief Imam fully supports anti-LGBTQ+ Bill, commends Bagbin
Next Our church leaders are hypocrites; some are gays – Maurice Ampaw alleges