Breaking News
Home / ENTERTAINMENT / How can you allow Zionfelix put you through emotional stress? – Delay to baby mamas

How can you allow Zionfelix put you through emotional stress? – Delay to baby mamas 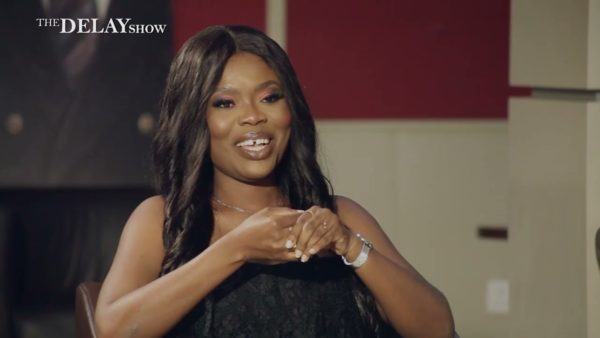 • Minalyn and Erica have a kid each, with Zionfelix being the father

Social media was heated after the blogger and his girlfriend, Minalyn, publicly announced the birth of their baby girl on September 3, 2021.

Tensions heightened after the blogger unexpectedly posted a picture of his other Italian baby mama, Erica, and congratulated her for blessing him with a baby boy. He deleted this particular post shortly after sharing it on his Instagram wall.

Following the events which gradually unfolded on social media, scores of individuals have condemned the blogger for impregnating two women out of wedlock and subjecting them to mockery.

Others have alleged that Zionfelix did not act right by deleting the post in which he congratulated his Italian baby mama.

Sharing her thoughts on the issue, Delay expressed disappointment in both women for allowing Zionfelix toil with their feelings.

According to the Delay Show host, she cannot fathom how self-made women of their caliber could helplessly throw themselves at Zionfelix’s feet without thinking of the consequences.

“These two women have done the most. Two fine women. How? They are both pretty and very light-skinned. As hardworking and pretty as you are, how can you allow this guy play with your heart like football? You can imagine the emotional stress they are both going through. Two well-made ladies? I mean how? He calls himself Ghana’s number 1 blogger and now look what he has done with you both,” she stated on the Delay show.

She continued by saying, these controversies wouldn’t have gotten to this point if Zionfelix had not projected his private issues on social media.

“If you don’t post your stuff on social media, nobody will know. Now you see the struggles you’re going through. Not forgetting the fact that you played home and abroad,” Delay added.

Everything is impossible until you take the steps to make it possible, be positive in every step you make. Nature will definitely give you the smoothest part of life. Email us on [email protected] Whatsapp: +233540577992
@HiplifeHiphop
Previous Stiny Leo & Lil Pezzy – Push It (Prod. By IzJoe Beatz)
Next Obinim and Obofuor are more of entertainers – Bulldog