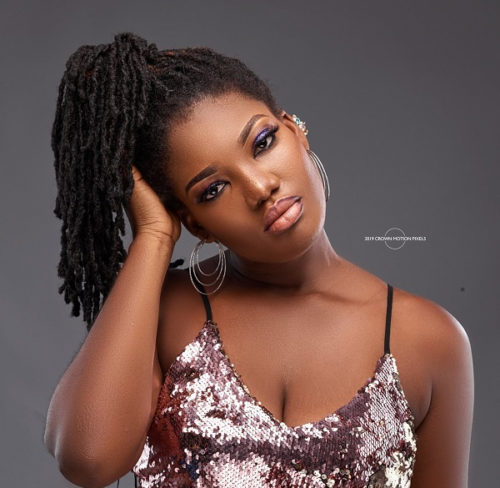 Ghanaian budding musician, Iona has revealed that sex is an enhancement as a musician before a performance.

The artist who looks like the late Ebony Reigns in an interview with Sammy Flex was asked what drives her to give outstanding performance and her answer was that she psychs herself naturally but think sex will be a driving force for her to perform better since she has a little experience on that.

“I think sex will be good. I mean it does a lot of good. it makes you relax and all that. Even makes your delivery be on point. So I think a very good thumping before a show”

When asked whether she’s tried having sex before a show, she replied: “Not a for a show, it was for an interview and that day, I was so relaxed, the English was just flowing like that, it was so nice.”

“So I know for a fact that it works. No, I have not tried it for performance but I’ll definitely try it for a performance.”

The youngster whose real name is Abena Onuawonto Sam hails from Anomabo in the central region and is a midwifery student at the University of Health and Allied Sciences in Ho.