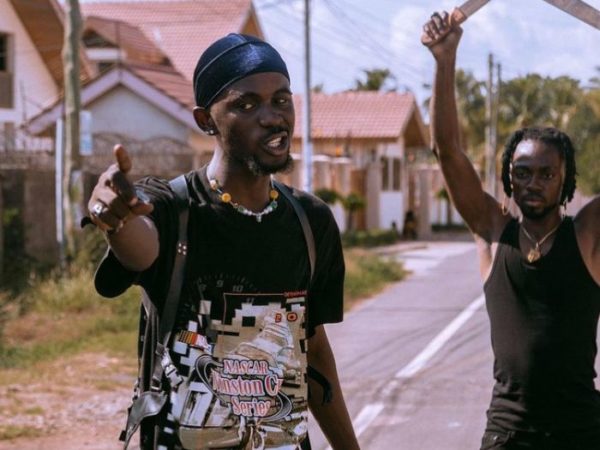 Black Sherif says he will make money out of music

• Black Sherif is a student of UPSA

Ghanaian artiste, Black Sherif, has revealed that he tried other professions before finally settling on music which he says he is passionate about.

‘Kweku Frimpong’ as he is called by some fans is best known for his rap freestyle titled the First Sermon and Second Sermon released this year.

Appearing on the Delay Show, the rapper, known as Mohammed Ismail Sherif in real life, stated that he believes music will be his breakthrough. Currently a student at the University of Professional Studies, Accra (UPSA), he is balancing his education with his new found love, music.

Also Check:   Government has done close to nothing for the music industry – Kwaisey Pee

“I am very passionate about my music because I feel like that’s what will give me something. I have tried so many things, I was a dancer, I was once a footballer but music is what I am really good with,” he said.

He furthered: “I am a brilliant student… I want to get my degree. I don’t think I can work in an office. Way before music, I didn’t see myself working in an office space. I knew I will make music and make money from the streets.”

Everything is impossible until you take the steps to make it possible, be positive in every step you make. Nature will definitely give you the smoothest part of life. Email us on [email protected] Whatsapp: +233540577992
@HiplifeHiphop
Previous I’ve never had a girlfriend; I’m still a virgin – Black Sherif
Next Winning none of my 7 VGMA nominations was a great achievement – Kofi Jamar