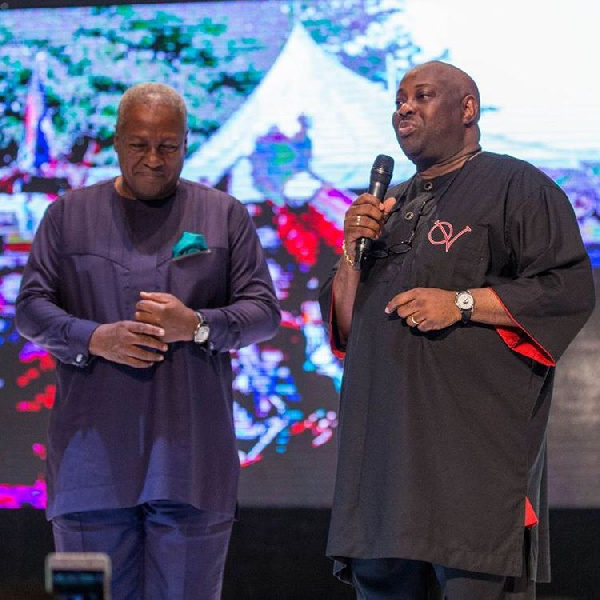 • He stated that he [Mahama] believed in his talent

• He further indicated that, he got closer to the former president and travelled extensively with him

According to him, he has travelled extensively with the former President and he is someone who believed in his talent.

“I can’t deny my friend, we’ve got very close, we travelled extensively together, he believed in my talent and he reached out and he used his power as a friend to tap into that talent. Today, if anybody sends me content from Ghana, I will never reject…,” the Nigerian business mogul told Bridget Otoo on Metro TV’s ‘One on One show.’

Recounting some deep conversations, he had with the former Ghanaian leader after he lost the elections to President Nana Addo Dankwa Akufo-Addo, Chief Momodu indicated that the former President after handing over to President Akufo-Addo, offered to help his administration anytime he calls on him.

Also Check:   Ibrah One is wanted in Germany and USA – KOD reveals

“One of the reasons why I love President Mahama to death is that, this man offered to help the incoming government, you don’t find that in Africa. In Africa, it is always about bitterness, when Mahama lost, Mahama left a brief and told the President If you need me anytime, please call, so what more can the man do?

Chief Dele Momodu added that even though his businesses are not in Ghana, he is still in Ghana because he comfortable in Ghana and most of his houses are in the country.

Everything is impossible until you take the steps to make it possible, be positive in every step you make. Nature will definitely give you the smoothest part of life. Email us on [email protected] Whatsapp: +233540577992
@HiplifeHiphop
Previous Mahama was open to me than any Ghanaian President – Chief Momodu
Next Kwadwo Mpiani reveals what NPP must do to ‘break the 8’