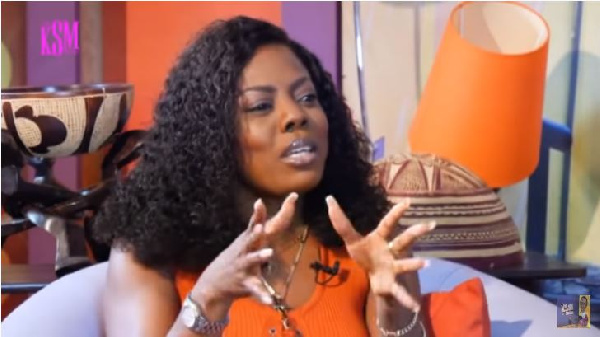 Nana Aba Anamoah has finally opened up about her relationship after Adu Safowaa’s accused her of allegedly snatching her boyfriend.

Adu Safowaa in a recent post cautioned seasoned journalist Nana Aba Anamoah, claiming that she has kept her boyfriend’s Range Rover despite the fact that the boy has dumped her.

Adu Safowaa in the post swore to go toe-to-toe with Nana Aba Anamoah and take back the Range Rover.

Also Check:   Andre 3000 Opens Up About His Recent Creative Struggles

Responding to a query from a social media user who wanted to know about the brouhaha with Adu Safowaa asked whether she had a boyfriend, Nana Aba replied in the affirmative.

According to her, she has one but doesn’t know if he takes her seriously as she does.

Everything is impossible until you take the steps to make it possible, be positive in every step you make. Nature will definitely give you the smoothest part of life. Email us on [email protected] Whatsapp: +233540577992
@HiplifeHiphop
Previous Nana Aba Anamoah shows her street fashion in new photos
Next Meet the spoken word artist with plans to develop a new historical script in Ghana