I made lots of money ‘impersonating’ Michael Jackson – Gemann 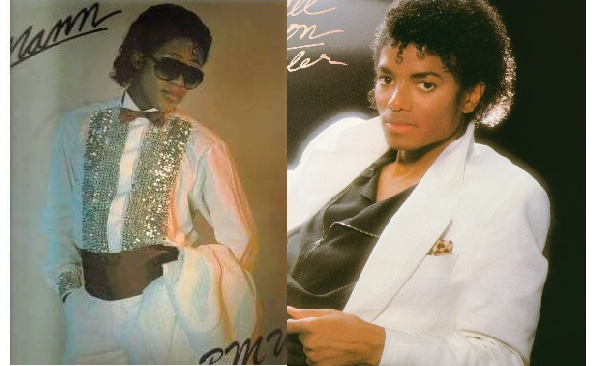 • Gemann lost his fame after his arrest and incarceration

Popular pop star, Nana Akwasi Agyemang alias Gemann has disclosed that he earned much of his income impersonating the character of late music legend, Michael Jackson.

Although a lot has been said about Gemann’s crime of shooting a taxi driver which landed him a death sentence, not much has been said of his career as an entertainer.

Gemann in his heydays was a trailblazer in both the dancing and music world.

As talented as he was in dancing, Gemann who had the resemblance of Michael Jackson took advantage of the Pop Star’s fame and made a name for himself.

Speaking in an interview sighted by Ghanaweb, Gemann who is now an ordained Preacher of the gospel after his release from prison in 2009, confirmed that he benefitted a lot on MJ’s career.

Also Check:   Patoranking leaves Cardi B’s Concert with anger after he was prevented from performing

According to him, after blazing the trail in dancing, he ventured into acting and music where he managed to win a Michael Jackson lookalike competition.

“After winning series of competitions in England, I went to the US in 1984 and became the World’s best Michael Jackson lookalike,” Gemann said on TV3.

He added, “It was after I had toured doing the Michael Jackson lookalike all over the world,” that he became famous.

According to him, Michael Jackson, the King of Pop, was the most sought after musician and he rightfully took advantage and rode on his fame to perform at a number of places in Europe where Jackson couldn’t have performed.

“I was performing in his name and making lots of money,” he stated.

Gemann is popular for his famous Highlife in G major released in 1986.

The musician was arrested in 1995 for murder and was released following a presidential pardon in 2009.

Everything is impossible until you take the steps to make it possible, be positive in every step you make. Nature will definitely give you the smoothest part of life. Email us on [email protected] Whatsapp: +233540577992
@HiplifeHiphop
Previous Gemann now father to daughter of taxi driver he killed
Next Here’s how to identify you’re addicted to sex