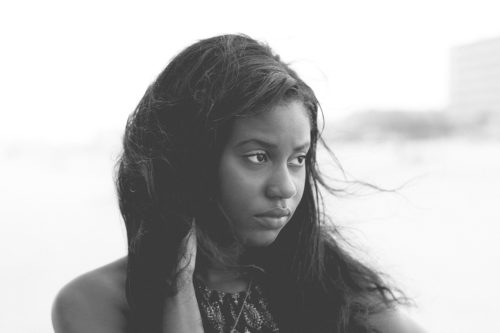 There are a lot of weird real life stories which abounds on social media and for a minute you may be tempted to dismiss most of them as fiction.

Now who prays for her man to cheat in a relationship? That’s the plight of one woman who narrated her ordeal to social media relationship expert, Joro Olumofin.

According the unnamed woman when her boyfriend used to cheat, it spiced up and strengthened their relationship because of two reasons:

According to the lady, her man gives her the best of sex anytime he was caught cheating as a form of apology.

He showered her with expensive gifts to mollify her and ask for forgiveness. The gifts even took the form of travels to romantic cities, such as Dubai.

Since he stopped cheating however, she has missed those Balanciaga bags, exorbitantly priced hair and so on and so forth.

She therefore wants her guy to back to her former routine, that’s to cheat so the relationship can bounce back to life. 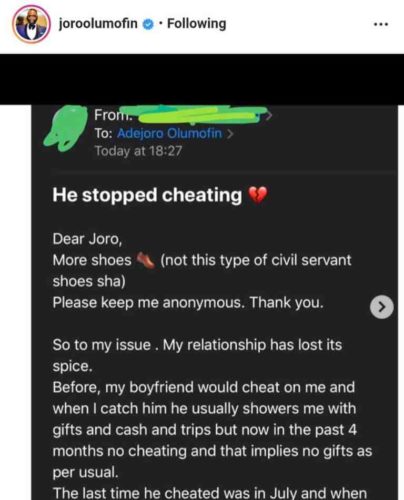 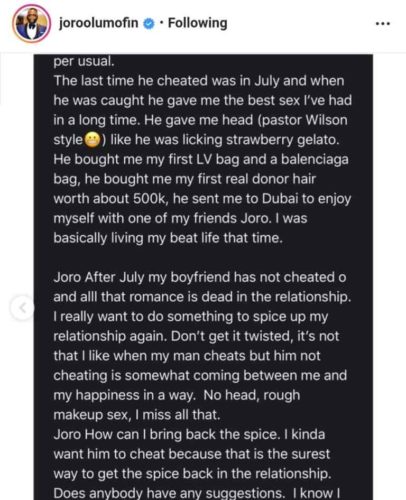