Breaking News
Home / ENTERTAINMENT / ‘I Want To Attend Obrafuor’s ‘Pae Mu Ka’ Concert But I Fear The Insults That Will Trail Me’- Rev. Owusu Bempah

‘I Want To Attend Obrafuor’s ‘Pae Mu Ka’ Concert But I Fear The Insults That Will Trail Me’- Rev. Owusu Bempah 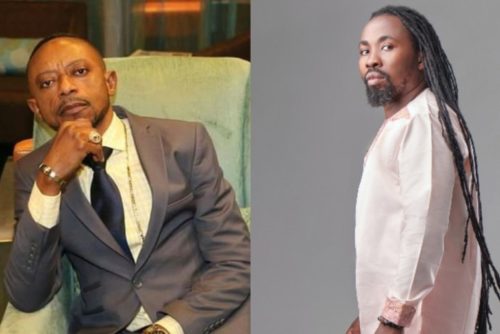 Controversial man of God, Reverend Owusu Bempah has expressed his desire to be at the historic Pae Mu Ka Concert which is scheduled for tomorrow, Nov. 9 at the Accra International Conference Centre (AICC) but fears the backlash Ghanaians will hurl at him.

The founder and leader of Glorious Word Power Ministry said despite his status as a pastor, he has been a long term admirer of the rapper because of his clean lyrics.

Speaking on Peace FM’s Entertainment Review Show, Rev. Owusu Bempah said people will tag him as a fake pastor for attending the rapper’s concert for which reason he wants to ‘keep his distance.’

“Obrafour is one artiste i love so much because he sings sensible song, he doesn’t have profane songs but you would attend this concert, and many people would start dissing you and so i don’t know what to do now?”

Obrafour’s Pae Mu Ka Concert is aimed at celebrating his illustrious career and his ‘Pae Mu Ka’ album which debuted the industry 20-years ago.

@Rexkrampa
Previous “I Used To Spend Ghc20 For A Whole Week”- Emotional Quamina MP Tells His Story
Next Prez Akuffo Addo should go! He’s too old reason he sleeps at conferences – Blakk Rasta