Breaking News
Home / GENERAL NEWS / I’m not a hypocrite, I am a man of God who likes licking – Pastor Wilson

I’m not a hypocrite, I am a man of God who likes licking – Pastor Wilson 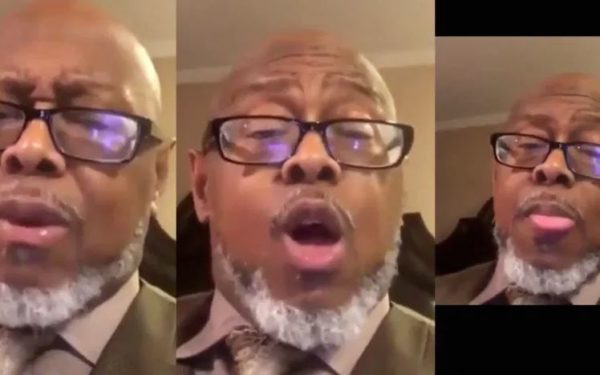 Texas Pastor David Wilson has hit back at critics after a video of him engaged in oral sex with a woman, allegedly not his wife, went viral.

Pastor Wilson, who began trending on Twitter, said he is not a hypocrite like those chastising him after his clip got the attention of social media users.

Defending his actions, he said these naysayers do not have the right to judge him especially if they have done nothing to help their community as he has done.

“…I have messed up the minds of some of you phony, fake, not doing a damn thing for the community, Holier than thou…Church folks. You have an issue with me being on a picture with a beautiful black woman.”

He added that he is a man of God who likes to have a good time with the opposite sex justifying that, “God made woman for the man.”

“So when you do the things I do in the community then you got something to say.” Pastor Wilson slammed.