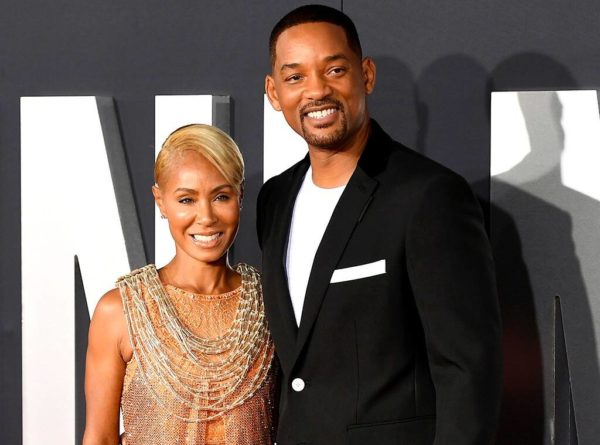 Jada Pinkett Smith is opening up again about her relationship with husband Will Smith.

On her show Red Table Talk on Wednesday, Oct. 27, the 50-year-old host and actress, her mom Adrienne Banfield-Norris, 68, and guest Gwyneth Paltrow, 49, discussed the challenges of maintaining a good sex life and the importance of communicating sexual desires with your partner.

“It’s hard,” Jada said. “The thing Will and I talk about a lot is the journey. We started in this at a very young age, you know, 22 years old. That’s why the accountability part really hit for me because I think you expect your partner to know [what you need], especially when it comes to sex. It’s like, ‘Well, if you love me, you should know. If you love me, you should read my mind.’ That’s a huge pitfall.”

Paltrow, who is currently promoting her Netflix series Sex, Love & goop, commented, “Isn’t it weird, though? It’s like someone doesn’t read your mind and we feel crushed.”

She added “You tell me what you need. Tell me what you want, and on top of it, I know that I have to be accountable to do the same…I really try. It’s uncomfortable, but it’s deeply healthy, and I think around sex, because it’s something that we don’t talk about and there’s so much fantasy around it.”

Will and Jada have been married for more than 23 years and are parents of Jaden Smith, 23, and Willow Smith, 20—who appeared remotely on the latest episode of Red Table Talk but left before Jada talked about her personal sex life. The couple’s relationship has often come under scrutiny amid multiple rumors.

In July 2020, while sitting with Will on Red Table Talk, Jada revealed that she and her husband had temporarily separated years prior and confirmed to the actor that she did have an affair with R&B singer August Alsina, who had spoken about it publicly.

In September, GQ magazine published an interview with the 53-year-old Men in Black actor, who said Jada was not the only one engaging in other sexual relationships.

“Jada never believed in conventional marriage,” Will told the outlet. “Jada had family members that had an unconventional relationship. So she grew up in a way that was very different than how I grew up. There were significant endless discussions about, what is relational perfection? What is the perfect way to interact as a couple? And for the large part of our relationship, monogamy was what we chose, not thinking of monogamy as the only relational perfection.”

The actor continued, “We have given each other trust and freedom, with the belief that everybody has to find their own way. And marriage for us can’t be a prison. And I don’t suggest our road for anybody. I don’t suggest this road for anybody. But the experiences that the freedoms that we’ve given one another and the unconditional support, to me, is the highest definition of love.”

Everything is impossible until you take the steps to make it possible, be positive in every step you make. Nature will definitely give you the smoothest part of life. Email us on [email protected] Whatsapp: +233540577992
@HiplifeHiphop
Previous “Certified Lover Boy” Projected To Return To #1 On Billboard Top 200 For 5th Week
Next Photos & Video of Akufo-Addo with alleged side-chick, Serwaa Broni pop up / Serwaa Broni speaks