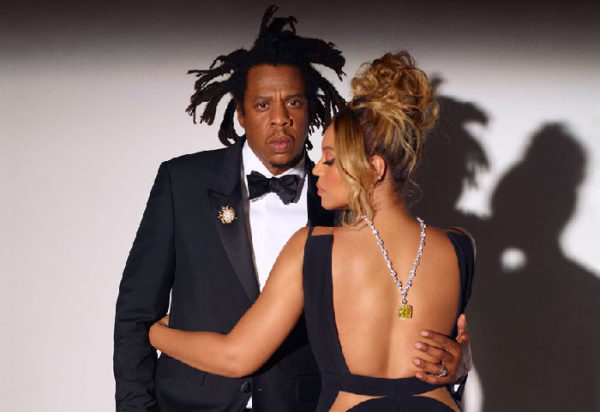 The couple is selling their New Orleans mansion, but there are a couple question marks.

As the Tiffany & Co. ad campaign starring Beyoncé and Jay-Z slowly takes over every commercial break or Hulu ad spot, America’s it-couple is reportedly selling a relic of their lavish and luxurious lifestyle.

According to Chron.com, Jay and Bey have listed their 13,300 square-foot, “church-turned-ballet-school-turned-mansion,” for $4.45 million, after purchasing the home for a reported $2.6 million in 2015. However, the home’s Zillow listing leads to a broken website, pictures of the mansion, called “La Casa de Castille,” are “completely blurred out on Google Maps,” and “the phone number of the supposed owner is actually registered to a Mississippi-based immigration attorney.”

This could all be explained by the fact that, back in July, there was a possible arson attempt on the home, which lead to La Case de Castille burning for two hours before 22 firefighters extinguished the blaze. But still, all of the broken links and crossed wires only bolster the mystery of Hov and Beyoncé’s New Orleans mansion.

Also Check:   Musicians in Ghana are selling the country better globally than the government – Stonebwoy

Chron reports that La Casa de Castille boasts seven bedrooms, eight bathrooms and a main residence with three 1,000 square-foot apartments, as well as “all kinds of nooks and crannies to hide with a book,” and a rooftop garden. And according to the Zillow listing for the residence, the rooftop garden is a great place to write Grammy award-winning music.

“As one Grammy winner said, ‘The acoustics and vibes are great. I did my best writing ever, while watching the sunset from the rooftop garden!’,” the listing reads.

Whether Hov or Beyoncé, who was won 28 Grammys and has secured 79 Grammy nominations, is the “Grammy winner” who applauded the rooftop garden’s acoustics is unclear, but the idea that it could have been Beyoncé is enough to make La Casa de Castille even more magical.

What do you think of Jay-Z and Beyoncé flipping their New Orleans mansion for $4.45 million just months after it was set ablaze? Let us know in the comments.

Everything is impossible until you take the steps to make it possible, be positive in every step you make. Nature will definitely give you the smoothest part of life. Email us on [email protected] Whatsapp: +233540577992
@HiplifeHiphop
Previous Chance The Rapper Suffers From “PTSD” Due To Watching His Peers Get Murdered
Next Big Sean, Hit-Boy – Loyal To A Fault Ft Bryson Tiller, Lil Durk