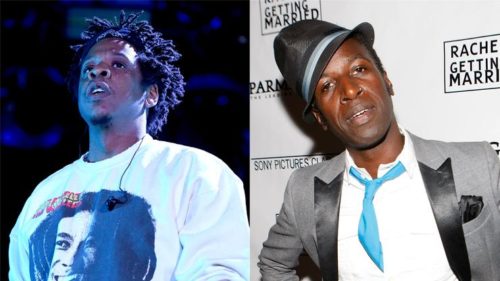 Hov thinks he was judged too harshly.

Jay-Z has been praised for being such a successful business mogul. However, singer-songwriter Saul Williams doesn’t believe his wealth to be all that admirable. In an attempt to deter participation in Black Friday, Williams shared a clip on Instagram from an old interview in which he calls out Jay-Z for having a warped conception of economic liberation. In the clip, Williams references a lyric on Jay’s song, “Moment of Clarity”:

“Get your freedom by any means necessary had now shifted to get money by any means necessary until somebody had made the mistake of equating money with freedom… So then you hear an artist like Jay-Z on ‘The Black Album’ say ‘Well, I couldn’t help poor people if I was poor.’ Correction: The majority of our elders and people that have helped us over time have not been able to help us because they had money. They helped us because they had vision and a desire to do so.”

Jay-Z caught wind of this critique and decided to respond via email. “Our fight for economic freedom is new,” Jay wrote in the email which was shared on Instagram by Williams on Sunday. “It’s not the same war that Harriet Tubman was fighting. If I used the same ‘weapons’ as them I would be shooting a musket at people with fully automatic assault rifles. Although I think it’s a must, we challenge each other, we should be careful that it doesn’t come off as judgment.”

While it’s unclear whether this screenshot captured the whole email, Williams showed in the caption why he still takes issue with Jay’s defense. “I wouldn’t characterize our fight for economic freedom as ‘new’,” he wrote. “There have been wealthy black Americans in every generation since the 1600’s, and in Africa since forever. During segregation accumulated black wealth and black-owned business were at a peak. Black newspapers, magazines, schools, record labels… Yet psychological freedom from hard taught capitalism is hard to earn. African billionaires, for example, have brought little relief to the continent of Africa. The seduction of power and the systemic constraints of white supremacy will take more than money to burn.”

The rest of Williams’ rebuttal can be read in the IG post below.